High Public Concern Over Privacy and Hacking on Obamacare Exchanges 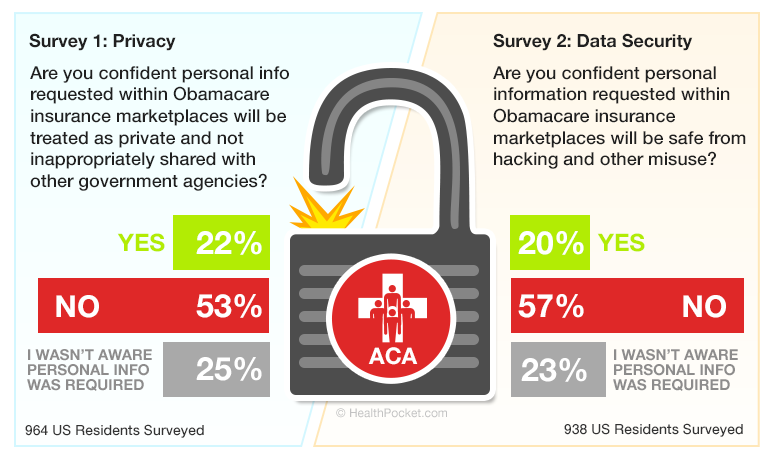 The health insurance marketplaces created by the Affordable Care Act will allow Americans to compare participating health plans side-by-side. In order to calculate the subsidy–adjusted premiums for the insurance plans and determine their out-of-pocket costs, these marketplaces (also known as “exchanges”) will require personal information from health insurance shoppers. The personal information will include social security number, income, date of birth, home address, and whether the individual has any physical, mental, or emotional health conditions that limit activities of daily life.1 Given the highly sensitive nature of this information, its safety from misuse by hackers as well as by personnel associated with the exchange is a matter of considerable importance. Not only will multiple software systems store and transmit this data but thousands2 of exchange-related personnel (such as call center staff and third parties such as “navigators” and “web-based entities”3) will have access to portions of the information when facilitating enrollments or determining subsidy eligibility. 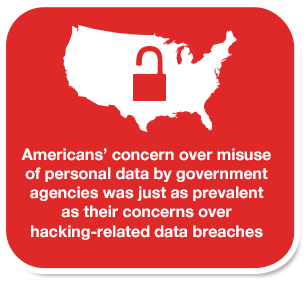 When asked "Are you confident personal information requested within Obamacare insurance marketplaces will be safe from hacking and other misuse?" the majority (57%) of Americans surveyed answered “No.” Surprisingly, Americans’ concern over the misuse of personal data by government agencies was just as prevalent as their concerns over hacking-related data breaches. 53% of survey respondents answered “No” in response to the question "Are you confident personal info requested within Obamacare insurance marketplaces will be treated as private and not inappropriately shared with other government agencies?" Given that the privacy question was asked in an independent survey from the data security survey, the similar levels of doubt regarding exchange privacy protection and data security was striking.

Another unexpected finding of the two surveys was that approximately one-out-of-four Americans are unaware that the exchanges require personal information from the health insurance shoppers who will use them. Those people selecting this answer may have been unaware of the income ceiling and other criteria upon which premium subsidies and cost-sharing reductions will be based.

It is unclear whether recent health insurance exchange news has affected public perspective. In late summer, the inspector general for Health & Human Services expressed concerns about the security testing of the federal data hub supporting the exchanges.4 The Centers for Medicare & Medicaid Services (CMS) subsequently announced that the federal data hub was successfully certified for IT security on September 6, 2013, though the office of inspector general had not independently confirmed this claim at the time of announcement.5

Public perspective may have also been affected by a recent personal information security breach at the Minnesota health insurance exchange, MNsure, which occurred prior to the beginning of Obamacare’s open enrollment period. The breach of personal information was not due to a technical vulnerability but, rather, human error on the part of staff. An employee emailed the names and social security numbers for more than 2,000 insurance agents to an individual not authorized to see this information.6 The information itself was emailed as an unencrypted file, creating an additional security liability over and above the unauthorized recipient.7

To address some of the public’s concerns about security, CMS has released a fact sheet summarizing various security measures implemented on the federal data hub supporting the exchanges.8 Additionally, on September 18th the government began an initiative to reassure the public regarding data security and privacy on the new health insurance exchanges.9 The initiative will include a public education campaign to help people avoid scam artists capitalizing on confusion about the Affordable Care Act as well as a toll-free number to report attempted identity theft and fraud.10 The outstanding question is whether these efforts will be sufficient to make data security and privacy fears a minority opinion instead of a majority one. The advantage for the government is that there is already precedent regarding successful data security and privacy protection for analogous personal information within the Medicare program.