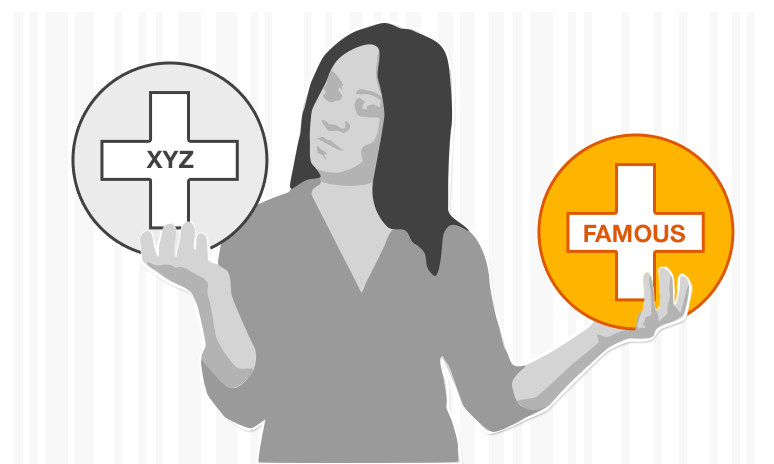 With only two weeks to go until the opening of federal and state health insurance marketplaces (otherwise known as “Exchanges,”) the public is beginning to focus on the insurance companies that are choosing to participate and the metal plans they will offer. One notable development has been the decision not to apply and in some cases withdrawal of applications from marketplaces from some of the known brand names in the health insurance industry. Chief among them are UnitedHealthcare and Aetna. Yet in a survey conducted by HealthPocket, consumers do not appear to be phased by the lack of presence of these brands.

In response to the question, “Would the absence of popular health plans like Aetna and United on Obamacare Exchanges make you less certain that you can find your best health plan option there,” only 30.5 percent answered yes. 69.5 percent said no or that it wouldn’t affect their perspective.

The poll follows a study from HealthPocket concluding that the 2013 individual health insurance premium rates for the plans that will not be on 2014 exchanges averaged 23 percent less than the 2013 premiums of those plans that elected to continue forward into the new marketplaces. The 2014 marketplaces will include many changes such as coverage and pricing guaranteed without health questions being asked (except for smoking status,) easier to compare benefit tiers of bronze, silver, gold and platinum and subsidies for people whose income is up to 400 percent of poverty. The poll results suggest consumers are giving the benefit of the doubt that the plans that have agreed to participate in this restructured environment will create competition without the presence of some of the big brands.

Based on available information, United will be participating in marketplaces in no more than 12 states. Aetna will participate in no more than 9 states.1 In prior commentary the CEO’s of each company have expressed a cautious attitude toward the exchanges as they start up in 2014.2

The insurance carrier lineup is not complete. Depending on their location, consumers can expect to see anywhere from one insurer3 to fourteen4 presenting a choice of plans on their exchange. In the environment that pre-dated Obamacare insurers could compete by offering the best risk profile of applicants low premium prices, and deny the applicants that they considered unhealthy or poor risk.5 In the post-Obamacare environment if they want to sell their product on or off of an exchange, insurers will need to accept all applicants.

Consumers will have the opportunity to compare plans more effectively in the restructured environment. However, they will need to look beyond premiums and understand other key plan components, including out-of-pocket costs such as deductibles and co-payments, maximum out-of-pocket annual limit and prescription drug formularies. In their push to be price competitive, many insurers are contracting with fewer physicians and health systems. This “narrow network” allows them to better control their healthcare reimbursements, but it is important for consumers to understand the scope of an insurer’s network should the need for care arise. Provider networks, customer service and health maintenance outreach are all factors in important measures of quality that will also be a competitive feature for health plans in the post-Obamacare environment.

In many states carriers electing not to participate in the exchanges can instead sell their plans outside of exchanges. These “off exchange” plans must comply with the requirements of Obamacare. An enrollee can only get a subsidy by buying an “on exchange” plan, but the off exchange marketplace should be considered by any consumer who is not eligible for a subsidy or whose subsidy is low. Some of the major brands that are not participating in exchanges are expected to offer their products off of the exchanges.

Results are based on 697 responses to a nationwide online survey conducted from September 9, 2013 to September 14, 2013. Respondents were asked, “Would the absence of popular health plans like Aetna and United on Obamacare Exchanges make you less certain that you can find your best health plan option there?” Respondents had the option of selecting one of the following answers: “No, it would not make me less certain,” “It wouldn’t affect my perspective,” and “Yes, it would make me less certain.” The answer options were displayed in randomized order. The survey was displayed within a network of over 100 different news web sites and other content sites. Demographic inferencing and methodology to acquire survey respondents who approximate national statistics on age, gender, income, and region was performed by Google-administered technology. Race, education, and health insurance status were not examined. Margin of error across survey responses is estimated at + 4.4/-4.2.

1 http://money.cnn.com/2013/09/10/news/economy/obamacare-insurers/. This situation has been fluid throughout the summer, so it may continue to change. Aetna also recently bought Coventry Health, which might remain in additional states.
2 UnitedHealth will “watch and see” how the exchanges evolve and expects the first enrollees will have “a pent-up appetite” for medical care, Hemsley (United CEO) said. “We are approaching them with some degree of caution because of that.” See: http://www.bloomberg.com/news/2013-05-30/unitedhealth-spurs-obama-exchanges-as-rules-stall-profit.html.
In a July 30 conference call to discuss second-quarter earnings, Aetna CEO Mark T. Bertolini told analysts, "We continue to take a cautious approach to our participation in the public exchanges as we evaluate the longer term viability of these marketplaces." See: http://articles.courant.com/2013-08-28/business/hc-aetna-new-york-health-exchange-20130828_1_aetna-ceo-mark-t-aetna-pulls-aetna-spokeswoman-cynthia-michener.
3 New Hampshire’s exchange will have one insurer in 2014: http://www.concordmonitor.com/home/8460992-95/editorial-will-obamacare-work-were-about-to-find-out.
4 Portland, Or area: http://www.oregonhealthrates.org/files/app_portland_individual.pdf.
5 See prior HealthPocket InfoStats: /healthcare-research/infostat/80-percent-of-health-plans-charge-higher-premiums-than-quoted#.UjhFRBYsi0I and /healthcare-research/infostat/health-insurance-application-rejection-rates#.UjhFaRYsi0I.