What Consumers Don't Know About Medicare Could Hurt Them 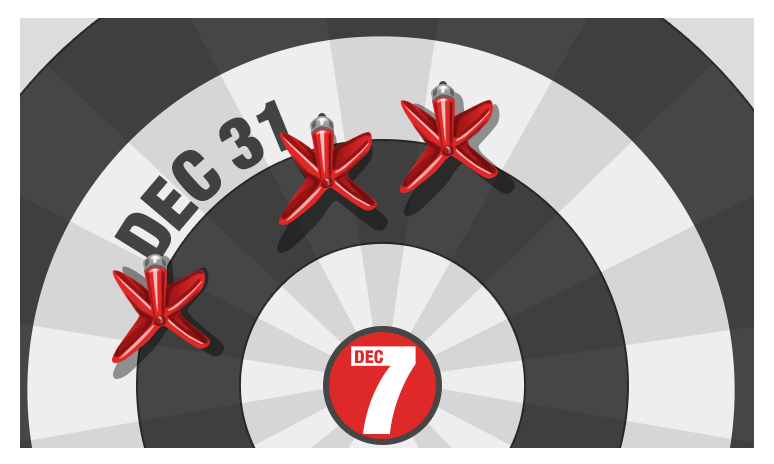 Medicare’s annual enrollment period runs from October 15 to December 7. These dates have been in effect since the fall of 2011.1 During this time Medicare enrollees can change their coverage, including moving from one Medicare Advantage or Part D Prescription Drug plan to another.

This year’s Medicare annual enrollment period is very different from previous years because it coincides with the highly publicized rollout of the Obamacare exchange marketplaces. Open enrollment for Obamacare plans is from October 1 through March 31.2 Another key Obamacare date is December 15, which is the deadline by which an enrollment needs to occur in order for coverage to be effective on January 1.

Obamacare has consistently been the top health insurance story over many months, and the usual attention given to the Medicare open enrollment period has not received the focus usually given to it during the plan-shopping season. To determine whether this relative silence is detrimentally impacting Medicare enrollees, HealthPocket surveyed them, asking them to specify the date the Medicare annual enrollment period ends.

The 22 percent of respondents who gave the correct answer of December 7 was just below the number that could be expected from a random selection among 4 choices. Of perhaps greater concern, 33, percent chose December 31, a date when it would be too late for an enrollee to make a plan selection. The results of the poll are shown in the table below. 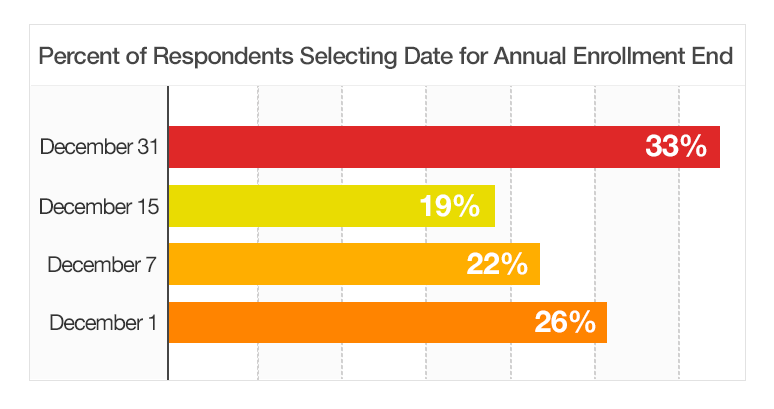 To analyze the state of the 2014 Medicare market, HealthPocket conducted research on Medicare Advantage premiums, out-of-pocket maximum levels and quality scores. HealthPocket’s Medicare prescription drug plan research reviewed premium data and we also looked at limitations to access drugs within Medicare Advantage and prescription drug plans. The clearest guidance for consumers from this research is that plans change from one year to the next and consumers should use the annual enrollment period to assess their needs and the plans that are most likely to meet them.

HealthPocket’s review of 2014 data amplifies findings in a 2012 Health Affairs article showing that only 5 percent of enrollees are in the least expensive prescription drug program for them.3 In addition to cost concerns, enrollees should take this time to verify their preferred providers remain in the plan networks they are selecting. Reports of limiting Medicare Advantage plan networks are surfacing,4 and now is the time for consumers to determine if any change impacts them.

Research indicates that, despite clear advantages to doing so, not many enrollees switch plans from one year to the next.5 The lack of knowledge of the end day for annual enrollment among Medicare enrollees is a worrisome indication that consumers could benefit from greater awareness of the value of the Medicare plan-shopping season.

HealthPocket helps consumers in the plan review process by providing a free Medicare comparison tool so they can input their specific information and price and compare options. Failure to investigate choices means that a person will keep whatever arrangement is in place for 2013 for the upcoming year. The next generally available open enrollment will not come around again until the fall of 2014.

Results are based on 731 responses to a nationwide online survey conducted from October 30, 2013 to November 5, 2013. Respondents were first asked, “Are you currently enrolled in Medicare?” 731 respondents answering yes were then asked, “When does Medicare’s annual enrollment period (when you can change your prescription drug or Medicare Advantage coverage) come to an end. They had the option of selecting one of the following answers: December 1 (26 percent,) December 7 (22 percent,) December 15 (19 percent) and December 31 (33 percent.) The survey was displayed within a network of over 100 different news web sites and other content sites. Demographic inferencing and methodology to acquire survey respondents who approximate national statistics on age, gender, income, and region was performed by Google-administered technology. Race, education, and health insurance status were not examined. Margin of error across survey responses is estimated at + 3.7/-3.5.

1 Here’s one insurance carrier’s report on the setting of the annual enrollment date at the time.
2 See: https://www.healthcare.gov/glossary/open-enrollment-period/.
3 See: http://content.healthaffairs.org/content/31/10/2259.abstract.
4 UnitedHealthcare has been cutting its Medicare Advantage provider network in some parts of the country: http://www.tampabay.com/news/health/patients-scramble-after-aarp-medicare-advantage-plans-drop-providers/2148424.
5 Research on this point was conducted by Kaiser: http://kff.org/medicare/issue-brief/to-switch-or-not-to-switch-are-medicare-beneficiaries-switching-drug-plans-to-save-money/.