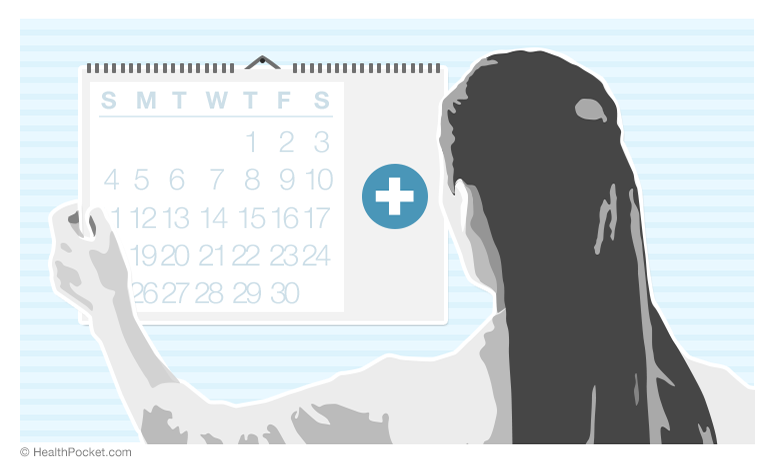 The 2016 presidential election presented the American public with candidates who represented widely divergent views on a host of issues, including health care. With the election over and the campaign promise of President-Elect Donald Trump to repeal the Affordable Care Act,1 HealthPocket performed a nationwide survey to determine if the election results have had any effect on the purchase behavior of consumers buying private insurance.

HealthPocket asked 1,175 people across the country, “Will the results of this year’s election influence when you buy your health insurance?” Respondents could choose from one of four possible answers. The first two options focused on people who buy their own health insurance (“Yes, I will delay buying coverage” and “No, I will buy coverage as normal”). The remaining options concerned insurance options outside the private insurance market (“No, I get my coverage from my employer” and “No, I get my coverage from a gov program”). The results of the survey were as follows: 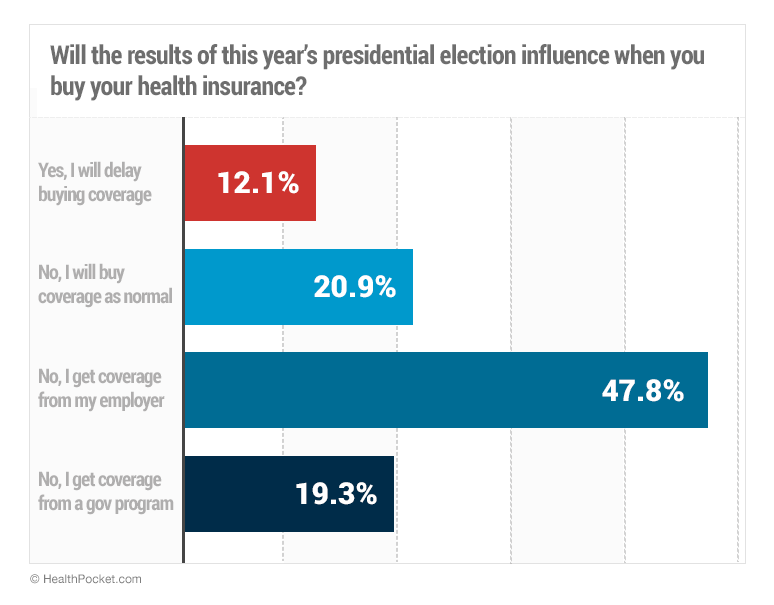 The survey’s 47.8 percentage receiving employer-based coverage is similar to other research in the field.2 The portion of survey respondents who receive their health coverage from government programs was lower than found in other research but the HealthPocket survey was limited to adult respondents and did not include family members and children enrolled in the Medicaid/Children’s Health Insurance Program (CHIP).3

33 percent of survey respondents were associated with the market for privately purchased insurance. When examining this group of respondents, HealthPocket found one-in-three indicated that they will delay their health insurance purchase. The remaining respondents intended to purchase health insurance as the normally do. 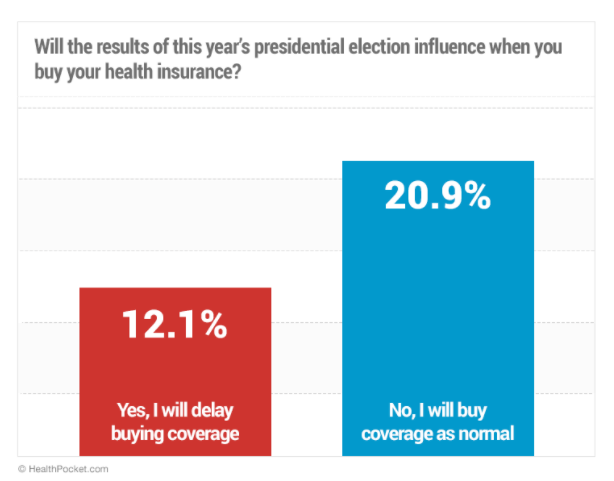 Regarding those consumers delaying coverage, the unanswered question is “Why?” Some of the possible answers include:

The new presidential administration does not take office until January 20, 2017 and, given the conditions outlined above, it is assumed that it may take months after that time before significant changes take place regarding the ACA.

At the same time that the nationwide poll illuminated some consumers delaying insurance purchases, the largest government marketplace, HealthCare.gov, announced that it experienced record sales on the day after the presidential elections. 100,000 people made plan selections for health insurance coverage on that day.6

How do we reconcile these seemingly contradictory findings between the survey and the enrollment behavior the day after the presidential election? They may be ‘two sides of the same coin.’ The same consumer beliefs about coming changes to the Affordable Care Act may have spurred some people to enroll more quickly while leading others to delay their health insurance purchases.

What is unclear at the time of writing is whether the election results will inhibit year-over-year enrollment growth for the government health insurance marketplaces or even lead to a decline as compared to last year. The HealthPocket survey results are a cause for concern but not conclusive. While Healthcare.gov did experience an enrollment surge the day after the election, the 100,000 people making up the surge represent a small portion of the 13.8 million person enrollment expectations that the Department of Health & Human Services has for the 2017 enrollment season.7 Moreover, alternative forms of health coverage (e.g. healthcare sharing ministries, short-term health insurance, indemnity plans, etc.)8 may expand their marketing to capitalize on consumer uncertainty over the future of the ACA market. These alternatives typically have large price advantages over ACA plans due to a combination of different benefit designs and the ability to reject applicants who have expensive pre-existing conditions. Enrollees in healthcare sharing ministries are also exempted from the penalty on coverage that is not compliant with the ACA. Enrollees in short-term health plans and indemnity plans, in contrast, are potentially liable to this penalty. However, if consumers believe that the penalty will be eliminated by the new administration the market share of these alternatives may expand. Moreover, there is also the possibility that these alternatives may attract additional enrollees due to the perception that they are not subject to the uncertainty currently attending the ACA.

Results are based on 1,175 responses to a nationwide survey conducted from November 9, 2016 to November 11, 2016. The survey asked respondents, "Will the results of this year's presidential election influence when you buy your health insurance?" Respondents had the option of selecting one of the following six answers: "Yes, I will delay buying coverage,” “No, I will buy coverage as normal,” “No, I get coverage from my employer,” and “No, I get coverage from a gov program.” The answer options were displayed in fixed order across respondents.

The survey was displayed within a network of over 100 different news web sites and other content sites. Demographic inferencing and methodology to acquire survey respondents who approximate national statistics on age, gender, income, and region was performed by Google-administered technology. Race, education, and health insurance status were not examined. Margin of error across survey responses is estimated at +2.6/-2.6.