For More than Half of U.S., $100 or Less Remains the Maximum Most Americans Can Pay for Health Insurance Premiums 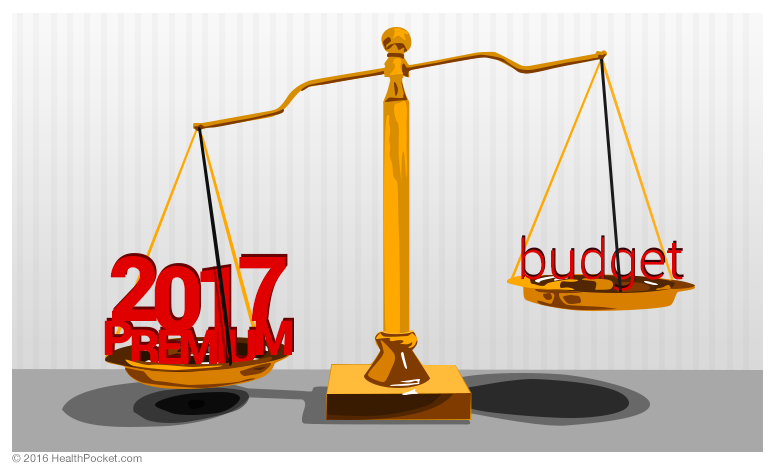 The survey was conducted at the beginning of the Affordable Care Act’s annual enrollment period.

By a wide margin, “$100 a month or less” was the most common answer among survey respondents regarding the most money they could pay for monthly health insurance premiums. Over half of Americans surveyed selected this answer. “$100 or less” was selected over three times more frequently than the second most popular answer to the question, “$200 a month.” Least popular among the answers was “$500 a month.” 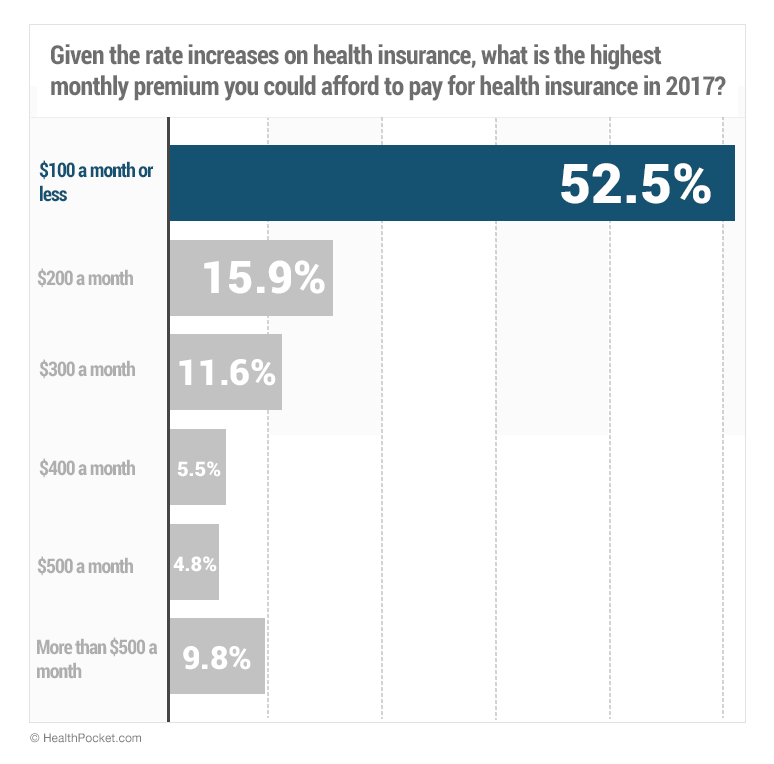 Women were more likely than men to indicate $100 a month as their ceiling for insurance premiums. 57.2 percent of women selected this amount compared to 47.4 percent of men.

Among millennials, $100 or less was even more frequently given as the answer to the survey’s question. 60.1 percent respondents between the ages of 18 and 34 selected this answer. The millennial age group is highly attractive to insurers because they are statistically more likely to use fewer health care services than older age groups, thus helping to control premiums within a risk pool.

The survey results represent a double edged sword for the Affordable Care Act. Among the consumers who receive health insurance subsidies, the typical after-subsidy premium fits comfortably within the budgets of most Americans. The administration has indicated that for those consumers buying health insurance on government exchanges, over 7 in 10 will pay less than $75 a month.1 For the millions of unsubsidized,2 Affordable Care Act premiums are starkly more expensive. For the purposes of reference, the below table illustrates a 30 year-old’s average premium for each metal level of Affordable Care Act plans nationwide.3

Just as was the case in last year’s survey,4 $100 or less is the greatest amount of money most Americans can devote to monthly health insurance premiums. This affordability ceiling illuminates the continuing divide in privately purchased health insurance between the subsidized and the unsubsidized.

Results are based on 1,133 responses to a nationwide survey conducted from November 2, 2016 to November 4, 2016. The survey asked respondents, "Given the rate increases on health insurance, what is the highest monthly premium you could afford to pay for health insurance in 2017?" Respondents had the option of selecting one of the following six answers: "$100 a month or less,” “$200 a month,” “$300 a month,” “$400 a month,” “$500 a month,” and “More than $500 a month" The answer options were displayed in fixed order across respondents.

The survey was displayed within a network of over 100 different news web sites and other content sites. Demographic inferencing and methodology to acquire survey respondents who approximate national statistics on age, gender, income, and region was performed by Google-administered technology. Race, education, and health insurance status were not examined. Margin of error across survey responses is estimated at +2.6/-2.6.