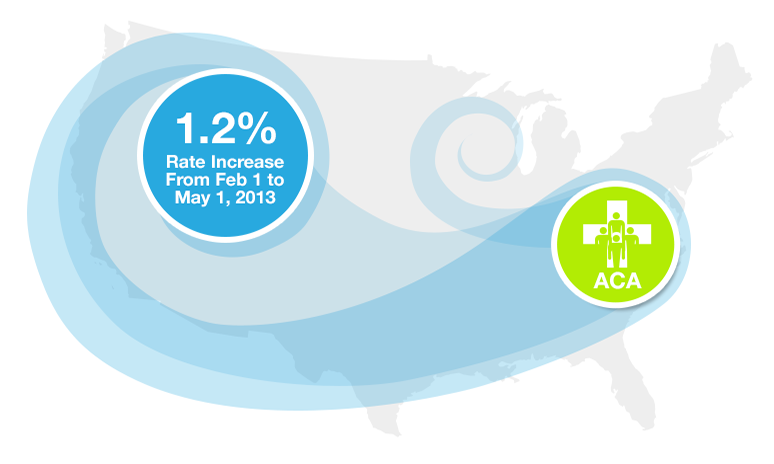 Interest in the cost of health insurance premiums has never been greater due to more than a decade of rate increases, averaging more than three times the rate of inflation, and the advent of the Affordable Care Act (ACA.) 1,2 The impact of the ACA on premiums continues to be widely debated and a point of raging political controversy, but one thing that is widely agreed upon is that non-employer individual and family (IFP) markets are the most likely to undergo a metamorphosis.3 Legislative initiatives involving guaranteed issue, tax consequences for lack of coverage and the implementation of wide- reaching subsidies all will radically change the landscape.

In spite of this, the number of reports on health insurance premiums available to the consumer remains remarkably limited. Therefore, HealthPocket decided to investigate premium information available for actively-quoted plans in the marketplace and summarize the findings for the consumer. With the importance of this information expected to increase dramatically over the next several months, as the health care landscape begins to shift, a new baseline for monitoring those changes is being established. In addition, with many aspects of health underwriting eliminated by the ACA, quoted premiums are expected to provide an increasingly reliable and timely basis for tracking and verifying market changes.4

To determine recent trends in IFP premiums, HealthPocket obtained quotes for all actively-marketed U.S. plans as reported to and maintained by the Department of Health and Human Services (HHS) and analyzed them at national, state, and carrier levels.5 Premiums were obtained for plans for the past two quarters for reference consumers. States exhibiting the greatest percent rate increases are identified along with key statistics resulting from this analysis.

Overview of Results and Presentation of Report

Between February 1 and May 1, 2013, on average, U.S. quoted health insurance premiums for individual policies increased by 1.2% per plan, based on the study’s composite reference case, similar to trends previously reported.6

States found to exhibit a 5% or greater increase in premiums over this time period include Wyoming (7.8%), Illinois (7.7%), Wisconsin (5.4%) and Delaware (5.0%). Individual carriers observed to be major contributors to these increases are Altius One (WY), Blue Cross Blue Shield of Illinois (IL), Anthem BCBS (WI) and CoventryOne (DE), with rate increases observed to be in the range of 7.2% to 16.2%. In addition, carriers with insufficient HHS data within these states are Celtic Ins. Co. (IL, WI and WY) and Highmark (DE.) 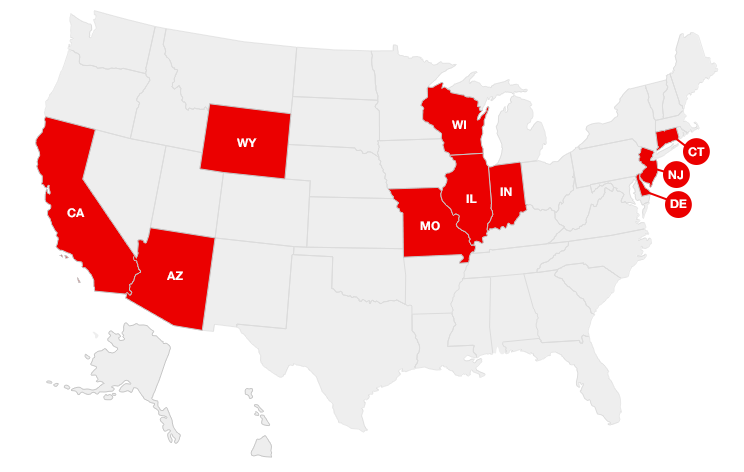 *For trend calculations, carriers were required to have non-zero inventory in both quarters and less than 20% variance in plan count between quarters. The average premium per plan was then established for each quarter at carrier, state and national levels (see Methodology.)
**Plan types include Preferred Provider Organization (PPO), Point of Service (POS), and Health Maintenance Organization (HMO.

The quote generation process for this report is based on HHS information for individual and family health insurance plan markets as reported and verified by the individual insurance carriers. The inventory is based on approved and actively-marketed plans with greater than 1% enrollment per zip code region; limited condition coverage and catastrophic plans are excluded. Only those plans with sufficient and available information to generate premium quotes for the reference cases of the study are included.7

In consideration of the age and gender factors inherent in health insurance premium rating, individual quotes were generated for both a 30 year-old woman and a 55 year-old man. Together, these profiles were averaged together within a “composite reference consumer” for the study. Both are assumed to be single, non-smokers, without health issues, residing in the two most-populous zip code regions within each state (and one zip code region for Washington, D.C.)

The reference dates established for this quarter-to-quarter comparison are at the start of the second month of each quarter. Approximately 51,200 individual quotes were generated for this study for these two dates.

No adjustment or weighting is introduced to the results, which were maintained on a per plan basis and combined to represent the composite consumer. In addition, no adjustment is made for premium rate increases that carriers in most states impose through health underwriting.8

Per plan premium averages (based on equal weighting per plan) are determined for each carrier and state in correspondence to the number of plans shown in the report. To be regarded as significant, only states with more than 20 actively marketed and quotable plans for both quarters are included in the state ranking process.

To serve as a basis for establishing percent changes across quarters, the average premiums per plan were determined for all carriers with less than 20% of variance in their inventory, quarter-to-quarter. Carriers with zero quotable inventories in either quarter were also excluded from trend calculations. State and national average premiums were then developed for individual quarters, with equal weight given to each individual quotable plan, and used as a basis for determining percent changes.9 With this approach, the inventory of quotable plans showed less than 1% variance in number at both state and national levels.10

No attempt is made to explain changes to quoted premiums or evaluate the reported changes as either positive or negative in nature. However, carriers exhibiting relatively high rate increases were placed on a “watch list” to monitor their performance in upcoming quarters for all states with 3% or greater rate increase. Understanding the reasons for unusually high increases in premiums relative to the market has the potential for being of significant value to the consumer.11

This report was authored by Peter Barth, Head of Consumer Advocacy at HealthPocket.com. Correspondence can be directed to Mr. Barth at peter.barth@healthpocket.com. Feedback and questions are welcome but, given the volume of email, personal responses may not be feasible.

1 For example, see http://money.cnn.com/2012/09/11/pf/insurance/health-insurance-premiums/index.html for a discussion on rate increases for employer-based plans.
2 See /healthcare-research/surveys/affordable-care-act-success-will-be-judged-based-on-premiums#.UYutJsq5jyA for importance of premiums for consumer judgments on the success or failure of the ACA.
3 For an example, see http://factcheck.org/2013/04/insurance-premium-spin
4 For a discussion of changes due to the ACA see /healthcare-research/infostat/80-percent-of-health-plans-charge-higher-premiums-than-quoted#.UYAdz8q5jyA
5 The HHS provides a list these plans at http://www.healthcare.gov/
6 For more on historical rates see http://www.commonwealthfund.org/Topics/SubTopics/Health-Insurance-Premiums.aspx
7 See http://finder.healthcare.gov/services/faq. This also includes a discussion of some of the factors which result in variability within HHS data availability and steps planned to further enhance quality assurance for it. Carriers observed to have insufficient data may be lacking such data due to a variety of factors.
8 Further information on this topic is available at /healthcare-research/infostat/80-percent-of-health-plans-charge-higher-premiums-than-quoted#.UYAdz8q5jyA
9 Specifically, in order to be included in a trend calculation, a carrier with C1 quotable plans in Q1 and C2 quotable plans in Q2 is required to have (a) C1 and C2 > 0 and (b) C2/C1 > 0.80 but < 1.20. The percent change would then be based on the average premium per plan for C2 plans vs. the average premium per plan for C1 plans. Trends in state and national average premiums were also based on the changes in the average premium per plan. Assuming S1 state and N1 national plans in Q1 and S2 state and N2 national plans in Q2, changes were determined based on the average premium per plan for S1 and N1 plans in Q1 and S2 and N2 plans, for states and the nation, respectively. Again, only plans for carriers with inventory meeting the requirements summarized in the previous paragraph were included.
10 For the top ten states, taken in aggregate, the variance in plan count was also found to be less than 1%
11 For example, a significant increase in the average per plan premium may signal an improvement in plan benefits, which may be a very positive development in a carrier’s offerings. In any case, the causes behind significant increases may well warrant further investigation by the consumer.

Peter Barth is the Head of Consumer Advocacy for HealthPocket. He has over thirty years of experience in program management and the engineering of health, education, and geophysical information services. For several years he served as adjunct professor for the University of San Francisco, with focus areas in management information systems and customer-centric approaches to systems analysis and design.

Peter lives in Northern California and holds degrees in physics from the State University of New York (SUNY) at Oneonta and the University of Vermont, where he specialized in stochastic modeling of neural networks.