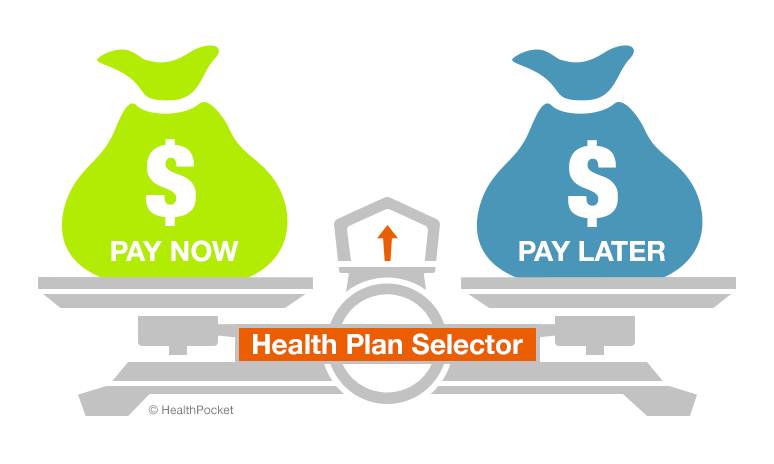 More people than ever have selected Medicare Advantage plans to provide them health coverage. This year there are 14.4 million Medicare beneficiaries taking part in Medicare Advantage plans, a million more than was the case in 2012.1 Key to the growth of the program has been its ability to provide a reasonably stable offering, allowing budget conscious retirees to build expectations for their coverage. Based on HealthPocket’s review of the newly released Medicare landscape data for 20142, premium stability will continue into 2014.

The Medicare landscape data is based on a county-by-county listing of Medicare Advantage plans in each market. This listing shows a decline in the number of total options available nationwide, from 42,597 in 2013 to 34,938 in 2014, a decline of 18 percent.3 Yet as the charts below show, the distribution of premiums charged to enrollees, including the availability of zero premium plans4 is stable. 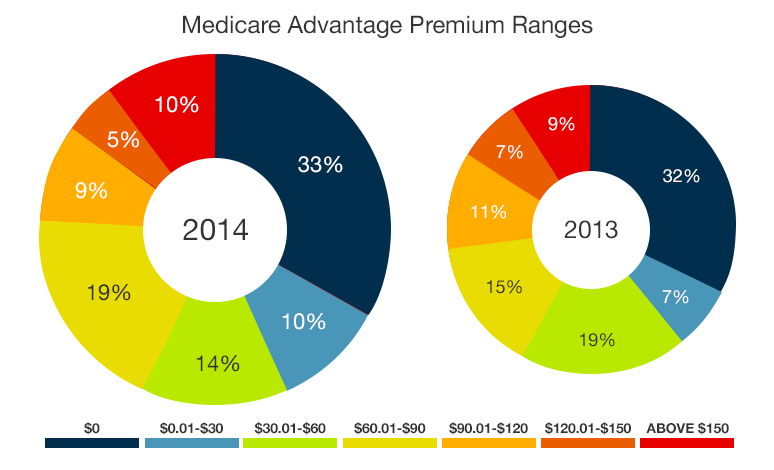 Of the 11,725 zero premium plans available in counties nationally 51 percent are HMO’s, 41 percent PPO’s, 7 percent private fee for service plans and 1 percent Medicare cost plans.5 The data includes plans that do and do not include prescription drug benefits.

According to the Kaiser Family Foundation in 2012 half of all Medicare beneficiaries had less than $22,500 in income and half also had less than $63,100 in savings.6 It is therefore no wonder that zero premium Medicare Advantage plans are very popular. Over half of all Medicare Advantage enrollees selected zero premium plans in 2013.7 Without an Advantage plan a consumer would likely elect to close Medicare’s gaps through a private Medicare Supplement plan and a Medicare Part D prescription drug plan. Supplement premiums vary due to a variety of factors, but for example, a “best rate” price for a comprehensive AARP Plan F in Chicago would be $151.37 per month8 and the average national Part D premium for 2014 will be $31 per month.9

Despite the allure of paying nothing for Medicare Advantage coverage, consumers should pay attention to the variety of fees they will incur when using medical services through an Advantage plan. These could include co-payments when seeing a physician or becoming hospitalized as well as charges for drugs based on the provisions of the plan. Additionally, Advantage plans have rules for seeing care providers out of network, so enrollees have to be comfortable with the network provided and allowances, if any, for going outside of the network. Finally, each plan has a maximum out of pocket amount, which will cap an enrollee’s annual out of pocket expense. This amount cannot exceed $6,700, but many plans have lower amounts.

The good news for consumers is most will continue to have zero premium Medicare Advantage options available to them. However, the plan choice should be based on each person’s circumstances. The Medicare annual enrollment period, running from October 15 through December 7 is the time for enrollees to compare the features of plans, including premiums as well as other costs and benefits. HealthPocket helps consumers in this process by providing a free Medicare comparison tool so they can price and compare options.

Data for 2014 Medicare Advantage premiums was taken from the CMS 2014 landscape file. It was organized by choices in each county in the United States. No adjustment was made for market share of each plan.

1 Kaiser Family Foundation report: http://kaiserfamilyfoundation.files.wordpress.com/2013/06/8448.pdf
2 http://www.cms.gov/Medicare/Prescription-Drug-Coverage/PrescriptionDrugCovGenIn/index.html?redirect=/PrescriptionDrugCovGenIn/.
3 The numbers of plans are not weighted by enrollment.
4 The enrollee in a zero premium plan is still responsible for Medicare’s Part B premium.
5 This is somewhat below the market share of HMO’s, since the Kaiser data cited above shows that 65 percent of Medicare Advantage enrollees are in HMO’s in 2013.
6 See: http://kff.org/medicare/report/wide-disparities-in-the-income-and-assets-of-people-on-medicare-by-race-and-ethnicity-now-and-in-the-future/.
7 See footnote 1 report.
8 Based on AARP supplement pricing tool for person turning age 65: https://www.aarpmedicareplans.com/health-plans/medicare-supplement-plans?type=MSP&WT.mc_id=881022.
9 http://www.hhs.gov/news/press/2013pres/09/20130919b.html.