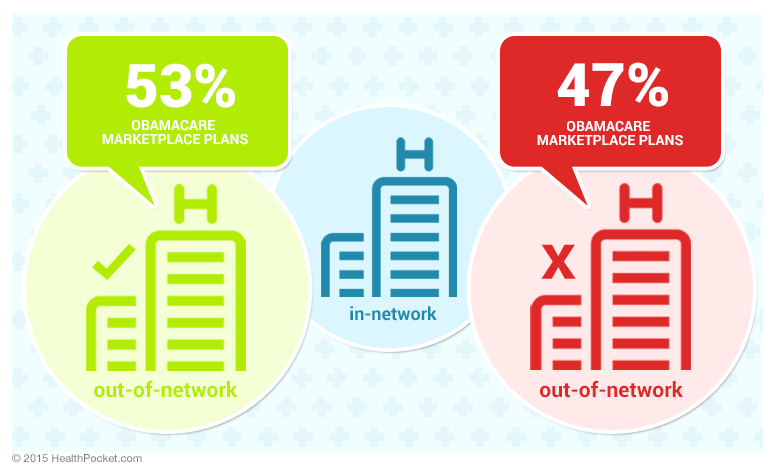 One of the consumer complaints levied against Affordable Care Act (Obamacare) health plans is that their provider networks are often narrow,1 creating both a high ratio of patients to doctors2 and increasing the risk for out-of-network care.3 With respect to out-of-network care, when enrollees go out-of-network for healthcare, many Obamacare plans will not cover the costs except in the case of a medical emergency or if a prior authorization from the plan had been formally submitted and then approved by the health plan. Moreover, unlike in-network healthcare, out-of-network medical care does not have its annual costs capped by the Affordable Care Act to prevent catastrophic medical expenses.

Given that Obamacare plans operate according to government regulations on plan benefit design and cost-sharing, they invite comparisons with the Medicare program. For Original Medicare Parts A and B, enrollees can see any health care provider that is enrolled in the Medicare program. The same applies to Medicare Supplement coverage. A 2013 study by the Kaiser Family Foundation found that over 9 in 10 doctors accepted Medicare insurance coverage.4

Network access for Medicare beneficiaries becomes more limited for those who choose to enroll in Medicare Advantage health plans with formal healthcare provider networks. For HMO plans, enrollees are normally restricted to in-network providers except in emergency medical events. For PPO and PFFS plans, enrollees typically have access to out-of-network healthcare providers at a higher cost-sharing rate.

A recent survey from the Deloitte Center for Health Solutions found approximately one-in-five exchange enrollees surveyed thought that their health plan network was too limited.5 The same study found that 67% of health insurance exchange buyers surveyed cited the provider network of a health plan as a factor important to their insurance choice.6 What is unclear at the present time is whether more Affordable Care Act insurers will be able to offer new plans in the future that achieve the price point necessary in the individual health insurance market while satisfying consumer concerns over network breadth and coverage of out-of-network care.