What Happens If the Federal Exchange Subsidies Go Away? 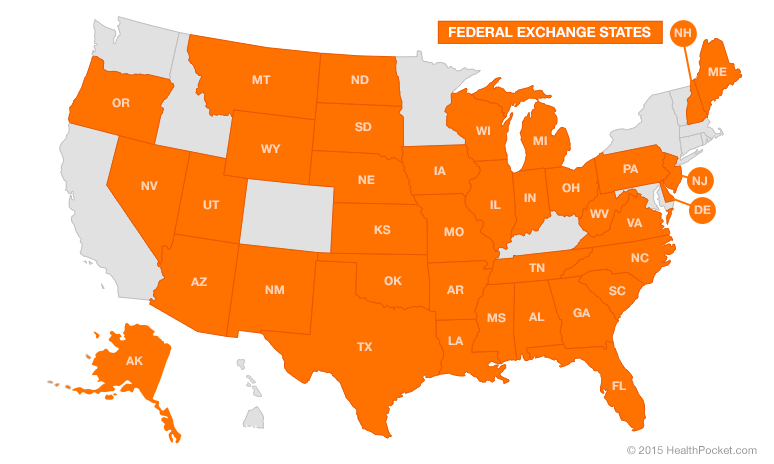 Data from the first month of the Affordable Care Act’s 2015 enrollment season indicated that 87% of Healthcare.gov consumers who selected health insurance plans shall receive monthly premium subsidies.1 These premium subsidies are substantial and conceal much of the cost of health insurance to the enrollee. Based on the government’s data on 2014 enrollees, enrollees paid only 24% of their premium amount on average after subsidies were applied.2 In terms of dollars, this represented a drop from $346 to $82 monthly and from $4,152 to $984 annually.

The legality of subsidies obtained on Healthcare.gov (the federal exchange) is under challenge, most notably in King v. Burwell. To be heard by the Supreme Court in 2015, the plaintiffs in this case argue that the statutory language of the Affordable Care Act only allows subsidies to be provided "through an Exchange established by the State."3 Should the Supreme Court rule in favor of the plaintiffs in King v. Burwell this year,4 premium subsidies (as well as out-of-pocket cost subsidies) would presumably disappear in the 37 states5 that do not use a state-based exchange and, instead, depend on the federal exchange, Healthcare.gov, for their health insurance marketplace.

Given the possibility that subsidies could be limited to health plans purchased on state-based exchanges, HealthPocket examined the potential premium and deductible consequences of unsubsidized insurance in each of the states depending on Healthcare.gov.

Premium subsidies are available on exchanges to insurance enrollees making between 100% and 400% of the Federal Poverty Level (FPL) when their unsubsidized premium exceeds a predetermined percentage of income.6 The loss of premium subsidies would have multiple effects for consumers who purchase their health insurance in states using the federal exchange. Aside from an anticipated increase in the uninsured population,7 there is also the matter that the unsubsidized premiums would likely affect health plan selection trends. Silver plans were the most common health plan selection on the federal exchange8 (where most enrollees have premium subsidies) during the initial Affordable Care Act enrollment period. In contrast, an analysis of over 200,000 off-exchange applicants from the same enrollment period revealed that the bronze plan was most popular among unsubsidized enrollees who used a major online health insurance broker.9 As the entry-level Affordable Care Act plan, the bronze plan has lower premiums than silver plans while still providing enrollees with the same ten Essential Health Benefits categories.

Based on the bronze plan popularity among unsubsidized consumers, HealthPocket compared bronze plan premiums in every state using the federal exchange to illuminate the potential change in the premium landscape for those consumers at risk for losing subsidies. Premiums were based on a 40 year-old nonsmoker applicant profile. While HHS has not revealed the average age of exchange enrollees, it has shared some demographic information including data that approximately half of enrollees were under age 45 with the remainder being between 45 and 64 years old.10 HealthPocket collected premium data from the government in the two largest metropolitan regions of each state using the federal exchange.

The bronze plan premium average for a 40 year-old is 15% below the average pre-subsidy cost of plans chosen on the exchange (which are predominantly silver plans for an unspecified average age). However, this amount is still over two and a half times the amount of the average subsidized premium on the federal exchange.

Some analysts have predicted that the loss of premium subsidies would make young adults more likely to discontinue health insurance, which would adversely affect risk pools and drive up premiums.11 However, the potential effect of subsidy loss on young adult enrollment is far from clear. An analysis of premiums in eight cities across the U.S. found that subsidies found many instances where 18-34 year olds within the income range for premium assistance would pay full cost because their premium amounts were below the minimum percentage of income required to trigger a subsidy. The study found the income range for obtaining subsidies 41% smaller for young adults when compared to the Affordable Care Act’s 100% to 400% FPL guidelines.12 While the government indicates 13% of 2014 enrollees on the federal exchange did not receive subsidies, it is unclear from available data whether this unsubsidized group had a disproportionate representation of young adults. Additionally, there has been an erosion of Affordable Care Act coverage during the year as nearly one-out-of-five enrollees have discontinued coverage or never effectuated it.13 As was the case for determining the representation of young adults among the unsubsidized, the available data on enrollment erosion does not clarify the representation of young adults among those who discontinued coverage or let it lapse. Finally, 4%-5% of young adults who bought health insurance on the federal exchange are enrolled in catastrophic plans that are ineligible for premium subsidies.14

Deductibles & the Loss of Cost-Sharing Subsidies

Using the same bronze plans examined within the premium comparison, HealthPocket compared the average bronze plan deductibles within the states at risk for losing cost-sharing subsidies.

The amount of the average bronze plan deductible also stands in stark contrast to Americans’ resources for medical expenses. A recent BankRate survey indicated that more than three-out-of-five Americans have insufficient savings to cover a medical emergency costing as little as $1,000.22 However, it should be noted that the presence of a high deductible does not mean that the full deductible amount will be spent by an individual. Healthcare out-of-pocket costs are driven by people’s health status and medical events, which are highly individual. The healthy may pay little to nothing in annual healthcare out-of-pocket costs while the more sickly can pay thousands or more. The government estimates that per capita out-of-pocket healthcare spending to average nearly $1,100 in 2015.23

HealthPocket combined the annual costs for bronze plan premiums with their deductible amounts to determine the financial exposure facing insurance buyers if premium and cost-sharing subsidies were lost after the case King v. Burwell is decided.

How the Supreme Court will decide the King v. Burwell case is far from clear. Should the plaintiffs in the case prevail nearly five million24 Americans in 37 states will face the prospect of Affordable Care Act health insurance coverage without the benefit of premium and out-of-pocket cost subsidies.

These two populations, the subsidized and the unsubsidized, illustrate not only the conflicting constituencies to whom politicians will be accountable if subsidies are lost but also the challenges facing the acceptance of the Affordable Care Act given that the benefits and costs of health reform changes have been unequally distributed across the population. However, should politicians use the aftermath of subsidy loss to seriously attack the issues driving health insurance costs (e.g. behavioral issues affecting healthcare utilization, barriers to healthcare competition, lack of price transparency in healthcare, etc.) then there is the possibility of more Americans benefiting from health reform efforts.

2015 bronze plan premium and deductible averages included both on- and off- exchange plans that were available to 40 year-old nonsmokers in the two largest metropolitan regions in each of the 37 states that utilize the federal exchange, Healthcare.gov, for their health insurance marketplaces.

Health plan premium and deductible data was obtained from insurance records made public by the Department of Health & Human Services (HHS) and collected by HealthPocket from HHS on January 13, 2015.

This analysis assumes that the underlying government data is accurate. No bronze plans available in the HHS data for the regions examined were excluded. While every effort was made to use a comprehensive collection of plans, HealthPocket makes no representation that every plan in the individual insurance market or in an individual state was included in this analysis.

This study was written by Kev Coleman, Head of Research & Data at HealthPocket. Correspondence regarding this data can be directed to Mr. Coleman at kevin.coleman@healthpocket.com.