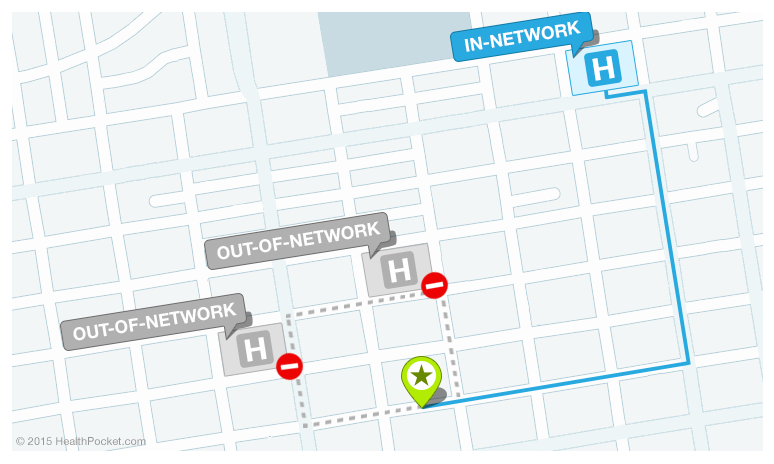 Obamacare health insurance plans are required to provide essential health benefits,1 follow cost-sharing limits, and meet all other standards mandated in the Affordable Care Act.2 However, a McKinsey study found that the majority of provider networks in Obamacare marketplace plans excluded at least 30% of the 20 largest hospitals in their area3 and that plans with broader networks had 26% higher premiums.4 Even if a plan has a narrow network, it may choose whether to cover out-of-network providers and whether to require referrals for specialist visits. 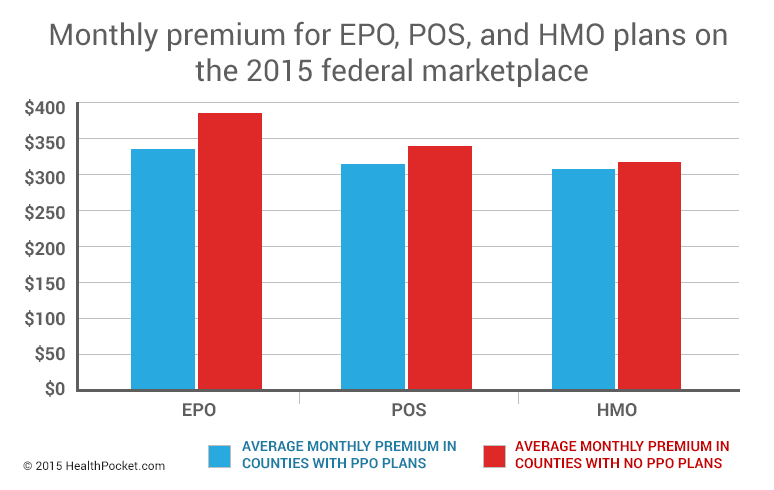 Although PPO plans offer out-of-network coverage and do not require referrals to see specialists, their premiums were only the second highest of the four plan types. EPO plans, which accounted for less than 7% of plan options on the federal marketplace, had the highest average premium of $340.07. This average was 12% lower than the average premium for EPO plans in counties with no PPO plans. 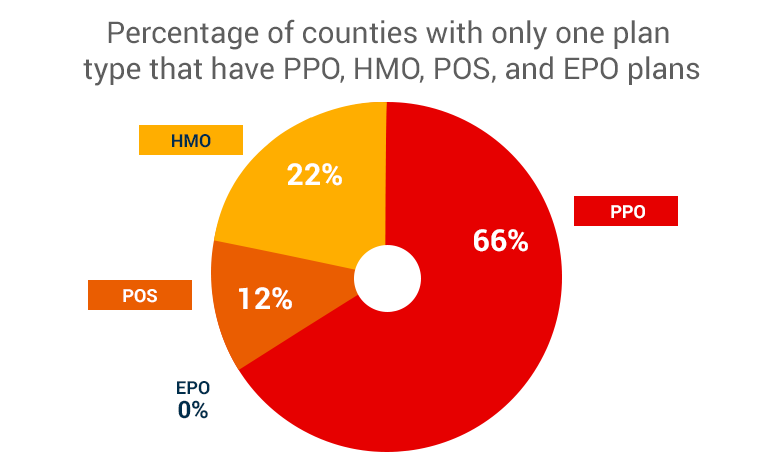 HealthPocket also found lower premiums in counties with multiple plan types than in counties with only one plan type. This is consistent with research by the Department of Health and Human Services (HHS), which indicated that areas with a greater number of issuers tended to offer lower premiums and more plan type choices.7 However, the HHS analysis focused on the 2014 marketplace and considered one plan for each rating area, whereas HealthPocket analyzed all plans on the 2015 federal marketplace.

Among the four plan types, PPO and POS plans may appeal to consumers that want to continue seeing their current doctors if other plans do not cover their current doctors in-network. However, cheaper HMO plans could be preferable for consumers that do not mind staying in-network and getting referrals from their primary care doctor to see a specialist. Ultimately plan choice should be based on multiple factors including networks, premiums, cost-sharing, quality ratings, and benefit coverage.

Data on Obamacare health insurance plan types and premiums for a 40-year-old non-smoking individual was obtained from the 2015 QHP Individual Market Medical Landscape file. Premiums were analyzed for all metal plans, but not catastrophic plans, since not all consumers are eligible for catastrophic plans.

1 “Essential health benefits must include items and services within at least the following 10 categories: ambulatory patient services; emergency services; hospitalization; maternity and newborn care; mental health and substance use disorder services, including behavioral health treatment; prescription drugs; rehabilitative and habilitative services and devices; laboratory services; preventive and wellness services and chronic disease management; and pediatric services, including oral and vision care.” Essential Health Benefits. https://www.healthcare.gov/glossary/essential-health-benefits/
2 Qualified Health Plan. https://www.healthcare.gov/glossary/qualified-health-plan/
3 The study found that 70% of provider networks exclude at least 30% of the 20 largest hospitals in their area. McKinsey Center for U.S. Health System Reform. Hospital networks: configurations on the exchanges and their impact on premiums. http://healthcare.mckinsey.com/sites/default/files/Hospital_Networks_Configurations_on_the_Exchanges_and_Their_Impact_on_Premiums.pdf
4 The study focused on silver plans on the exchanges and compared plans of the same carrier, product type, metal tier, and rating area. Ibid.
5 This includes metal plans available on healthcare.gov, but not plans from state-based marketplaces.
6 HealthPocket analyzed premiums for a 40-year-old non-smoking individual. All metal plans were included in the average, but not catastrophic plans, since not every consumer is eligible for a catastrophic plan.
7 Amy Burke, Arpit Misra, and Steven Sheingold. Premium Affordability, Competition, and Choice in the Health Insurance Marketplace, 2014. June 18, 2014. http://aspe.hhs.gov/health/reports/2014/premiums/2014mktplaceprembrf.pdf