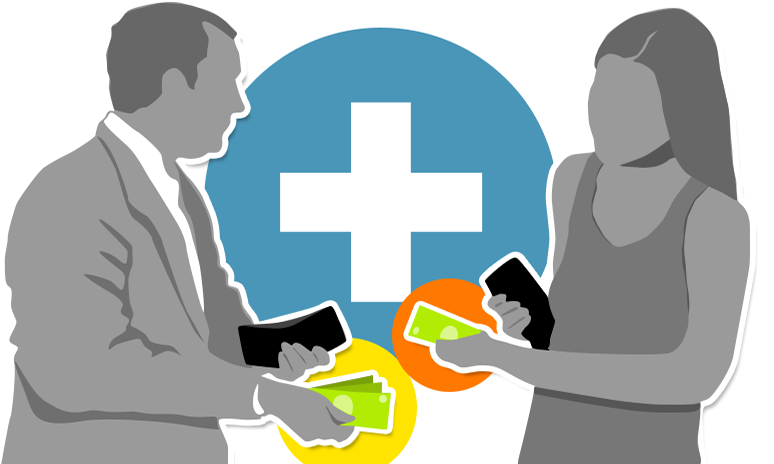 With major provisions of the Affordable Care Act ("ACA" and otherwise known as "Obamacare") set to go into effect on January 1, 2014 many observers are focused on whether young people will purchase health coverage or instead pay a relatively modest penalty in year one.1 To improve its understanding of expected consumer behavior during Obamacare's first open enrollment period, HealthPocket leveraged consumer analysis work from Deft Research, a market research firm providing expert services to the health insurance industry. Deft's survey of the target market for Obamacare points to an interesting conclusion not often discussed: the harder sell is likely to be older consumers who are not yet eligible for Medicare and not the younger consumers as is widely assumed.

Increased scrutiny regarding how much insurers could raise rates as an enrollee ages came with the enactment of the ACA. The law limited the rate difference due to age to 3 times – an older person can only be charged 3 times more than a younger person.2 From an actuarial perspective having a rate differential makes sense – compared to younger people, older people use more health care.3 Deft's research, rather than focusing on actuarial justification, looks at the same issue from the consumer choice perspective, and it shows some older buyers are likely to balk at the rates they are offered.

The study found that the most likely buyer benefits from being both young and low income. For example, according to the subsidy calculator of the Kaiser Family Foundation4 a single 28 year-old earning $20,000 per year will pay $3,281 for a silver plan, but will receive $2,259 in premium subsidy. They would be responsible for the remainder, $1,021 or about $85 per month. As their income grows, this consumer would continue to receive a subsidy until his or her insurance premium equaled 9.5% of income ($34,500 of income.)

Deft's study found that many older uninsured persons will find even their subsidized premiums to be too expensive. They will take a tax penalty rather than purchase health insurance – at least in the first year of reform.

Deft's research was conducted prior to when people will experience the primary benefits of the ACA, including guaranteed issued coverage and no price discrimination for health status (other than smoking.) However, taking hypothetical situations in which only the age factor is varied begins to show what motivates the concerns of older consumers. 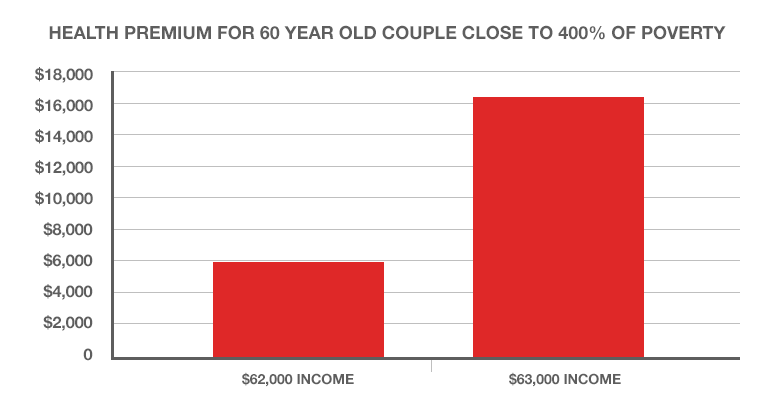 The dramatically different outcome between the 28 year-old and the 60 year-old is caused by the age band ratings that have been restricted, but not prohibited, in the ACA. Deft's research is an early indication that people who are not yet eligible for Medicare and hover near 400% of poverty are going to approach the individual market with trepidation. While the public policy arguments are heavily focused on keeping prices low enough to attract younger, healthier applicants, the effect of the solutions will be to introduce a so-called ‘rate shock' to many consumers in their late 50's and early 60's.

Price sensitive consumers will also take a close look at the less expensive premiums of the bronze plans. These plans will cover on average 60% of someone's healthcare costs as compared to 70% for silver plans, so the lower premium comes with a higher out-of-pocket cost tradeoff. Consumers under 250% of poverty will more likely stay with the silver plan because the ACA provides them reductions in out-of-pocket costs as part of their silver plans. For the older consumer hovering at or above 400% of poverty, the bronze plan premium cost difference will make a material difference in their premium expenses.5

Those at the highest end of the age rating band and close to the 400 percent of poverty level will have a particularly difficult time sorting through subsidy issues. As the examples above show, incorrect estimates of annual income can mean significant differences with respect to the amount of subsidy provided. The resulting requirement to pay back subsidies has to be understood by consumers and especially those at the higher age rate bands as part of their planning for the ACA.6

Results are based on 5,084 responses collected nationally in April 2013. Respondents were uninsured and subsidy eligible consumers between the ages of 18-64 years old.

In the Most Likely Buyer study, Deft Research categorized consumers using attitudes about health insurance and consumers' stated intent to buy a silver plan when shown a premium that was age-rated and subsidized for them. Deft's analysis produced four types of buyers: "Most Likely Buyers," "Discouraged Buyers," "Convincible Buyers," and "Least Likely Buyers" that were further described based on: market size, relative health risk, ethnicity, sex, channel preference, enrollment preference, age, income and other demographics.

The research led to predictive models that use standard demographics to estimate the likelihood of a consumer being either a Most Likely Buyer or a Discouraged Buyer. When estimates are made for every record in a consumer database, health plan marketers have a targeting rationale that will improve the return on investment of marketing expenditures.

Any questions regarding the 2013 Most Likely Buyers study can be directed to Deft Research's VP of Client Services, George Dippel at gdippel@deftresearch.com or by phone at (262) 697-1370.

Information regarding subsidy and premium cost was obtained through the Kaiser Family Foundation subsidy calculator.

Steve Zaleznick, Executive Director for Consumer Strategy and Development at HealthPocket.com, co-authored this survey analysis. Correspondence regarding this study can be directed to Mr. Zaleznick at steven.zaleznick@healthpocket.com. Feedback and questions are welcome but, given the volume of email, personal responses may not be feasible.

1 The penalty will be the greater of $95 or 1% of modified adjusted gross income.
2 In prior research HealthPocket found this ratio to be exceeded in only 14 states.
3 See: http://ahip.org/News/Press-Room/2013/AHIP-Statement-on-Age-Rating.aspx.
4 http://kff.org/interactive/subsidy-calculator/
5 An indication of early bronze plan rates for 60 year olds can be found in this article: http://money.usnews.com/money/blogs/the-best-life/2013/08/08/how-obamacare-will-affect-health-insurance-rates-by-age-group
6 See this IRS subsidy information in Kaiser Health News: http://www.kaiserhealthnews.org/Stories/2013/July/24/interview-with-cathy-livingston-on-how-to-apply-for-tax-credit-subsidies-for-premiums.aspx