Highlighting Timely Information Can Help Consumers As They Seek A Plan 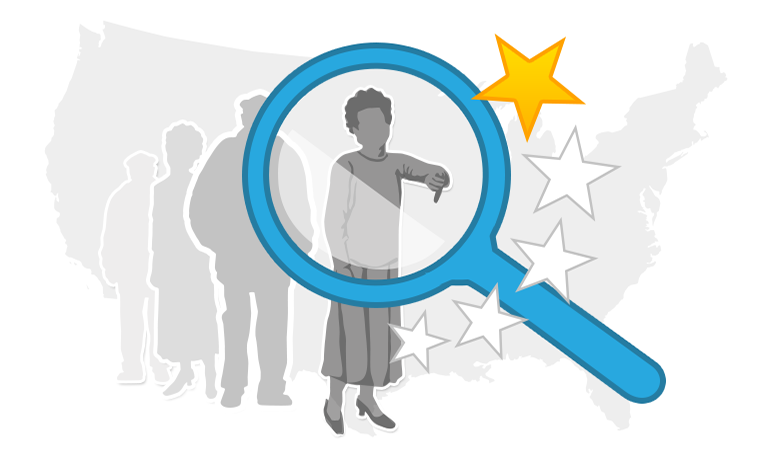 The 5-star ratings system for Medicare Advantage plans, a blueprint for the future government ratings on Obamacare health plans, is supplied to Medicare recipients to encourage more informed plan enrollments and, by implication, reduce the need to switch plans. The overall rating reflects treatment, preventive care, and customer satisfaction collected on the Medicare Advantage plan. Ideally, higher rated plans should have higher retention rates for plan enrollees. Recent research indicates that the star ratings of the plans are starting to move market share toward higher rated plans.1 The ratings system is well established, but critics have expressed concern that the data underlying the system has time lags.2

Probably the greatest measure of customer dissatisfaction is the rate at which people voluntarily vote with their feet by disenrolling in a Medicare Advantage plan. The government publishes this data with a time lag, but even that data (from 2011) correlates to the star ratings for 2013 Medicare plans (established in the fall of 2012.) 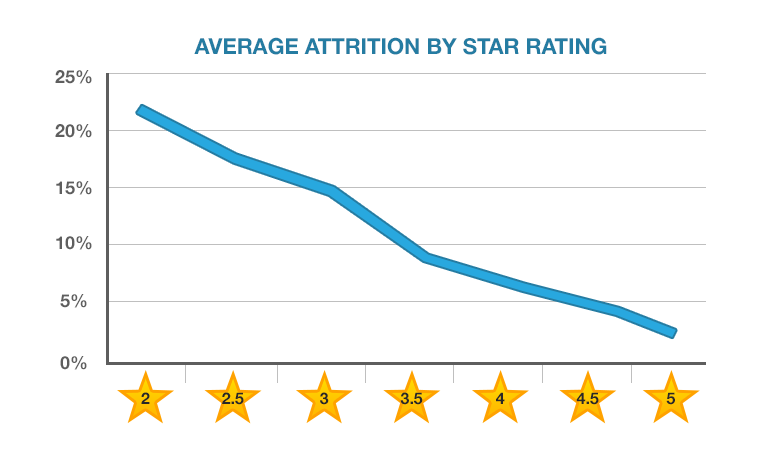 The attrition results show that consumers are capable of measuring value they perceive in a plan. One aspect that may be particularly important to all health plan consumers is the extent to which voluntary attrition alerts other consumers to issues with managing significant health challenges.

Disenrollment data can also give early warnings about the adequacy of the plans’ physician and hospital networks as well as the accuracy of the sales and education process leading up to an enrollment. One report on anecdotal opinions on reasons for disenrollment from the Medicare Advantage program placed a low emphasis on premium increases.4 For 2013, 87 percent of beneficiaries will have access to a Medicare Advantage with prescription drug plan for no premium.5

The below table illustrates the complaint and attrition rates aggregated within star rating categories. 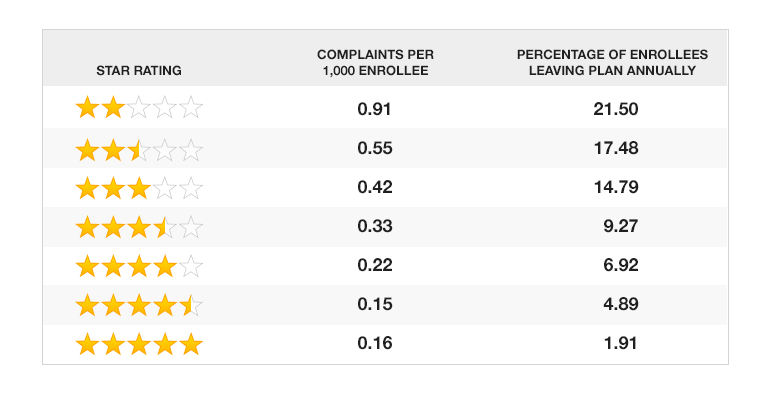 HealthPocket’s research found a strong relationship between complaint rates and attrition rates. The variables rose and fell together. If complaints were high, so was attrition. Likewise. Low complaints were accompanied by low attrition.

Voluntary attrition and consumer complaint tracking are two meaningful ways of evaluating health plan quality. These factors have the additional benefits of being objectively measured, applied evenly throughout the industry and available on a near real time basis. The Medicare consumer market would have improved quality metrics if the government were to require or facilitate more rapid release of enrollee complaint and disenrollment data. It would constitute a rapid feedback system that would inform someone during the health plan review and selection process. The feedback loop will be an invaluable guide to emerging problems within health plans.

The Affordable Care Act ("ACA" also referred to as "Obamacare") is about to transform the individual and small business health insurance marketplace. A combination of guaranteed issue, subsidies and individual mandates will drive purchasers to insurance exchanges throughout the country. Health plans will have to provide coverage for categories of "essential health benefits" and offer policies in designated metal tiers that equate to the actuarial value of the insurance benefits. All these requirements will make health plans look more similar to one another and allow a clearer comparison based on premiums and out-of-pocket costs. It will take some time for government star ratings on Obamacare health plans, analogous to Medicare, to permeate the individual health plan market. Data on consumer behavior, such as complaints and disenrollment, will serve as a strong indicator of quality and need to be made available by the government to the public as rapidly as possible. Since people will need guidance early and frequently, the release of relevant consumer data will serve a crucial support role.

Given HealthPocket’s findings, data on available health plan complaint rates and attrition rates will be incorporated into Plan Details pages for plans on the market in 2014.

Data on attrition, complaints and star ratings were taken from 2013 CMS Medicare Part C Performance Data tabulations.7 The data was based on contract numbers, which can represent multiple plans. Medicare Advantage contract plans that were either too new or had insufficient data to be rated were eliminated from this review. The remaining plans were not adjusted for market share.