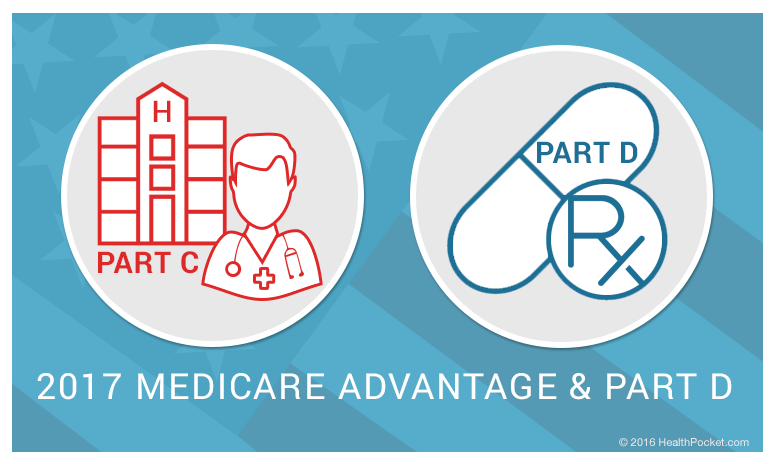 Premium and deductible trends for Medicare Advantage and Part D are quite positive for 2017 on the national level but a state-by-state analysis reveals significant disparities in average costs. Whether examining premiums or deductibles, the differences between the averages in the most expensive states and the least expensive are substantial.

However, significant differences in costs are apparent when examined at the state-level and, given the fixed incomes of many enrollees, the more costly states are of particular concern.

Prescription drug deductible comparisons were a thorny issue for Medicare Advantage plans. There were significant instances where deductible amounts were missing within the government data for 2017 plans. From a methodological perspective, $0.00 deductibles were calculated into the averages but blank cells were not.

With respect to drug deductibles for 2017 Medicare Part D plans, the state with the lowest average is South Carolina ($199.74). This amount is 12% lower than the national average ($227.43). Alaska, in contrast, has the highest average deductible for their 2017 Part D plans. Alaska’s average cost of $271.88 is about 20% higher than the national average and 36% higher than average deductible in South Carolina.

Little inflation in 2017 average premium and deductible costs is welcome news for Part D and Medicare Advantage enrollees. However, a close inspection of the data reveals very different Medicare insurance markets across the United States. A combination of factors (e.g. insurer participation, local medical claims and healthcare delivery costs) has created a situation where:

For Medicare Advantage enrollees, some counties do have $0 premium plans. Nationally, about 29% of Medicare Advantage plans have $0 premium (though, as mentioned earlier, enrollees are still responsible to pay their Medicare Part B premiums). For Medicare beneficiaries living in areas without those options or who prefer stand-alone Part D drug plans, the state-by-state cost differences in premiums and deductibles raise questions regarding what can be done to improve the situation.

This report was written by Kev Coleman, Head of Research & Data for HealthPocket. Correspondence regarding this study can be directed to kevin.coleman@healthpocket.com.

Sanctioned plans and Special Needs Plans (SNPs) were not included in the analysis. Additionally, premium averages and deductible averages excluded plans where the data was not present (i.e. blank) in the government landscape files. No adjustment was made for market share of each plan. All analysis assumes the accuracy of the underlying government data.