More $0 Premiums for Medicare Advantage in 2016

More $0 Premiums for Medicare Advantage in 2016 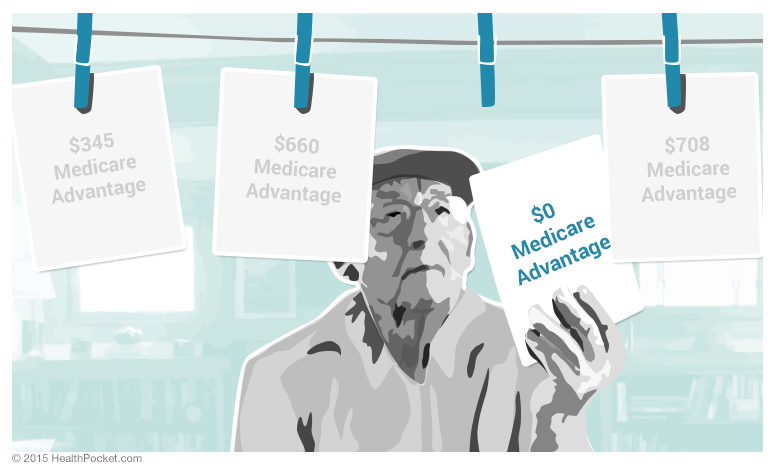 Yesterday the federal government released data on 2016 Medicare Advantage and Prescription Drug Plans. HealthPocket analyzed this data to determine how costs compared to 2015 Medicare plans, and to find the highest and lowest premiums by state.

The average premium across all Medicare Advantage health insurance plans for 2016 is $64.92. This is 4 percent higher than the 2015 average premium of $62.69. This amount is also 99 percent higher than the average of $32.60 that the government reported since the government weighted the average by projected plan enrollment rather than averaging across all premiums available in the market.

United States for 2016 is $52.68. This is 2 percent lower than the 2015 average premium of $53.90. This amount is also 62 percent higher than the average of $32.50 that the government reported since the government weighted the 2016 premium average by anticipated plan enrollment rather than averaging across all Part D plan premiums available in the market.

The maximum possible cap on out-of-pocket costs for covered drug expenses in 2016 is $4,850 for both Part D and Medicare Advantage plans. This limit is $150 higher than the 2015 limit of $4,700. After this out-of-pocket threshold is reached, the beneficiary will be provided ‘catastrophic coverage’ with lower drug cost-sharing.

Given the changes in costs and coverage for 2016 Medicare health and drug plans, Medicare beneficiaries should carefully review the plans that are available to them in 2016 to determine whether they should keep their current plans or switch to a plan that better aligns with their personal needs. Initial information on 2016 Medicare Part D and Medicare Advantage plans can be reviewed within the Medicare Plan Comparison Tool at HealthPocket.com.

Premiums and deductibles for Medicare health and drug plans were obtained from the 2016 MA and PDP landscape source files available at cms.gov on September 21, 2015. Alaska was not included in the Medicare Advantage data.

Sanctioned plans were not included in the analysis. No adjustment was made for market share of each plan. All analysis assumes the accuracy of the underlying government data.

Jesse Geneson, data scientist at HealthPocket.com, authored this analysis. Correspondence regarding this study can be directed to jesse.geneson@healthpocket.com.