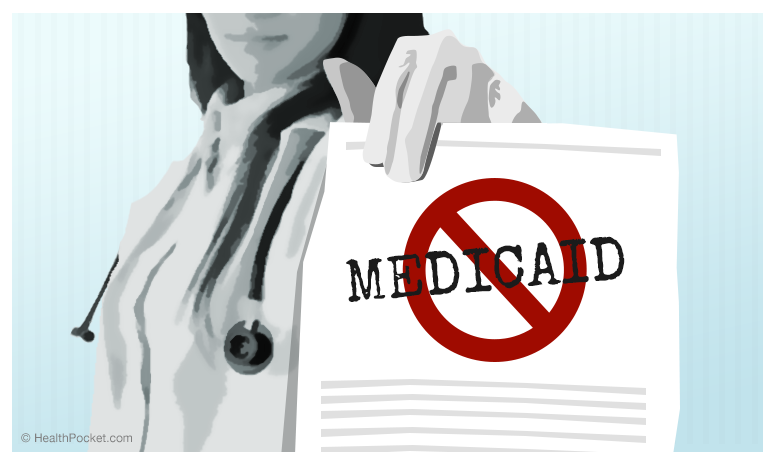 When HealthPocket first investigated Medicaid acceptance in 2013, it found that only 43% of the healthcare providers examined were formally listed as accepting Medicaid.1 Since the original 2013 study, Medicaid enrollment has continued to rise as the Affordable Care Act has led many states to increase the income eligibility range for the program.2 Medicaid, along with the Child Health Insurance Program (CHIP), currently covers approximately 1-in-5 people in the United States.3 This year, the temporary increase4 in Medicaid payments to primary care physicians discontinues with only 15 states indicating that they intend to maintain the payment increase (fully or partially).5 The reduction in Medicaid reimbursement to primary care physicians has brought with it a concern that Medicaid acceptance, already low among healthcare providers, will drop further.

Since both the 2013 analysis and 2015 analysis relied upon the same government data source and provider record parameters, the marked decline in Medicaid acceptance is significant. In particular, the data calls into question whether the temporary increase in Medicaid payments to primary care physicians effected any lasting improvements to Medicaid acceptance.

Why Do Some Healthcare Providers Avoid Medicaid?

Given the number of people served by the Medicaid program, it surprises some people outside the healthcare field that Medicaid does not have wider acceptance among healthcare providers. A common explanation given for Medicaid lower acceptance is the program’s reimbursement rate to healthcare providers. Medicaid typically pays 61% of what Medicare pays for the same outpatient physician services.7 To make matters worse, the Medicare payment benchmark is already lower than payments for the same services from private insurers. It is estimated that Medicare typically pays 80% of what commercial health insurers pay.8 Consequently, in comparison to commercial health insurance from private insurance companies, Medicaid payments represent a reduction on a reduction.

There are additional factors beyond reimbursement rates that have also negatively affected Medicaid acceptance among healthcare providers. A 2013 study9 published in HealthAffairs included the following recommendations to increase Medicaid acceptance based on physician feedback captured in survey and focus group research:

The problem of limited Medicaid acceptance has been discussed for years. One of state governments’ responses to the problem is the use of managed care organizations to serve some portion of a state’s Medicaid population.10 However, as a 2014 Health & Human Services study noted, state standards regarding the ratio of primary care physicians to Medicaid managed care enrollees can vary widely (1-to-100 to 1-to-2,500) as do their methods for determining compliance with these standards.11 Consequently, Medicaid enrollees can face the prospect of long distances and/or long waits to access care under the program.12

Medicaid acceptance among healthcare providers was determined from National Provider Identifier (NPI) Registry records managed by the Centers for Medicare & Medicaid Services (CMS). Individual healthcare providers may only have a single NPI, which, in turn, is associated with their unique healthcare provider information including the taxonomy code indicating their service classification.

1,327,548 NPI records were examined for healthcare providers whose taxonomy code had their first three digits within the range 207 to 247. NPI data was collected on February 23, 2015.

All analysis assumes the accuracy of the underlying government data. While every effort was made towards to enhance data accuracy, HealthPocket makes no representation that every healthcare provider in the selected geographies were included in this study.

This analysis was completed by Kev Coleman, Head of Research & Data at HealthPocket.com. Correspondence regarding this study can be directed to Mr. Coleman at kevin.coleman@healthpocket.com.