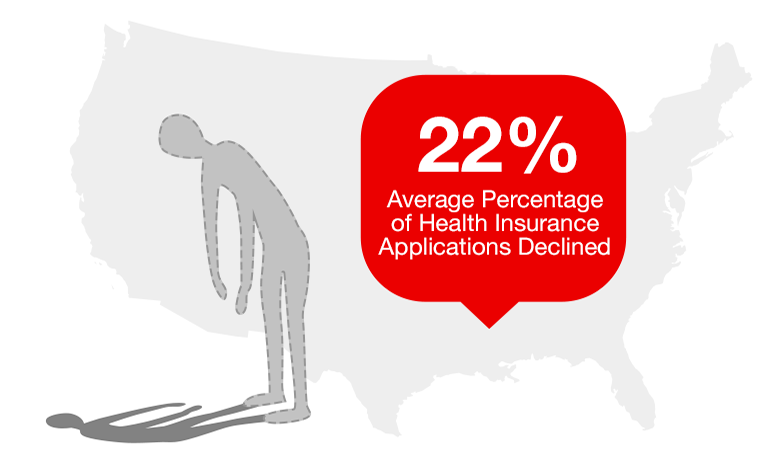 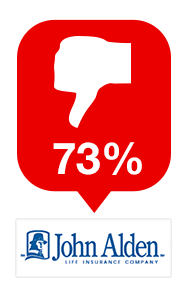 Focusing on declination averages within a state, the five insurance companies with the highest declination rates within the plans HealthPocket reviewed were as follows:

Based on average declination rates for all plans, not weighted by state or by application volume 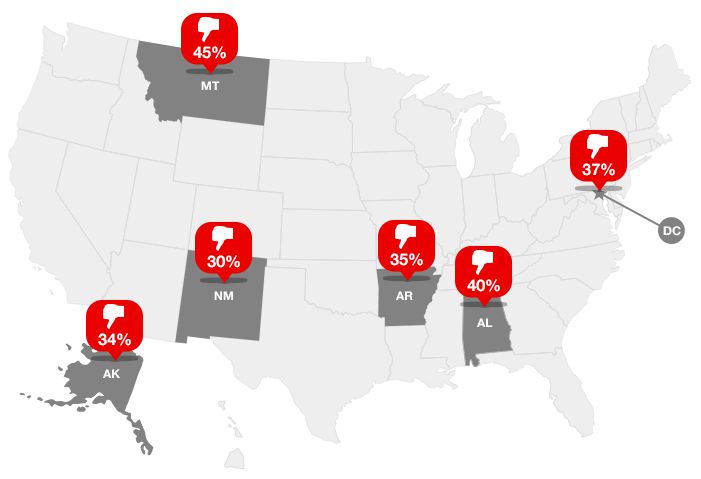 Results of the study were based on an analysis of 9,450 health insurance plans for individuals and families under the age of 65. Plans from the Medicare, Medicaid, and employer-based health insurance markets were not included within this study. The data used in this study was obtained from insurance records made public by the Department of Health & Human Services. The data was collected in January 2013. All analysis assumes the accuracy of the underlying government data and does not include information on consumers who do not apply for health insurance because they suspect they would not satisfy applicant health criteria. While every effort was made towards a comprehensive collection of plans, HealthPocket makes no representation that every plan within the individual insurance market was included in this study. Percentages are rounded according to standard industry practices.

HealthPocket.com is a free website that compares and ranks all health plans available to an individual, family, or employer in a given area, all at once. The company uses only objective data from government, non-profit, and private sources that carry no conditions that might restrict the site from serving as an unbiased resource for consumers. The founders of HealthPocket.com spent decades pioneering online access to health insurance information and knew they could offer something different that can positively change how people use healthcare in the United States. Learn more at www.HealthPocket.com.