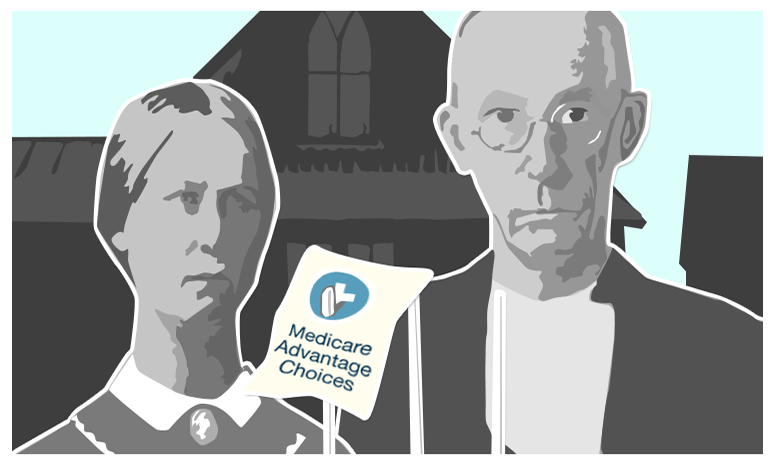 HealthPocket’s research on 2014 Medicare plans shows that even in an environment of reasonably stable trends, plans change from year to year. Flux has been more the pattern in rural markets, where the primary type of Medicare Advantage plan used to be Private Fee for Service, which typically had an open provider platform. Medicare required most Private Fee for Service insurance carriers to create provider networks in order to more closely coordinate enrollee care.4 The transition caused some plans to exit the rural market and spurred the transition of rural enrollees primarily into preferred provider plans and secondarily into health maintenance organizations.5

Average Number of Medicare Advantage Plans in Each County: 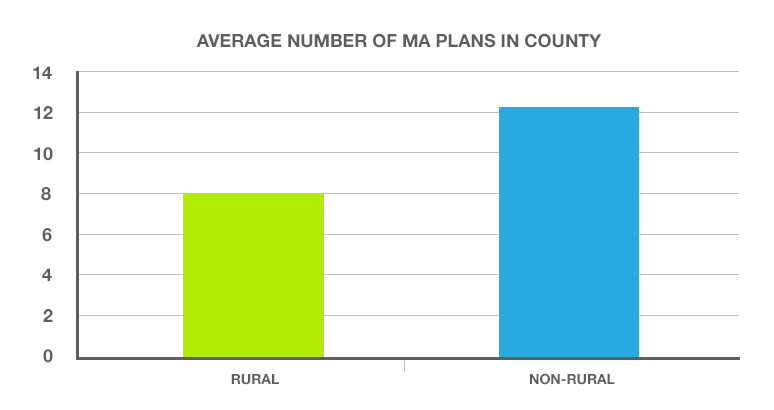 On average a rural county has 8 plan choices, 50 percent fewer than a resident of a non-rural county. A report published in HealthAffairs indicated that greater choice of Medicare Advantage plans causes higher enrollment until the choice exceeds 15 plans.7 The rural results are consistent with that finding. 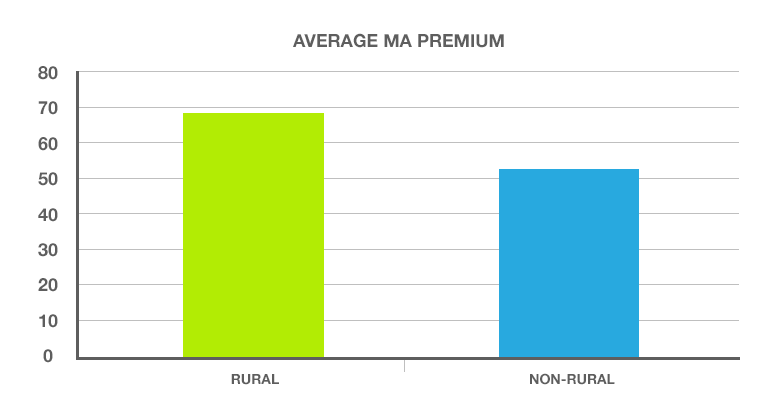 Average Medicare Advantage premiums for plans in rural counties are $68, which is a 28 percent increase over the average premium of $53 in non-rural counties. 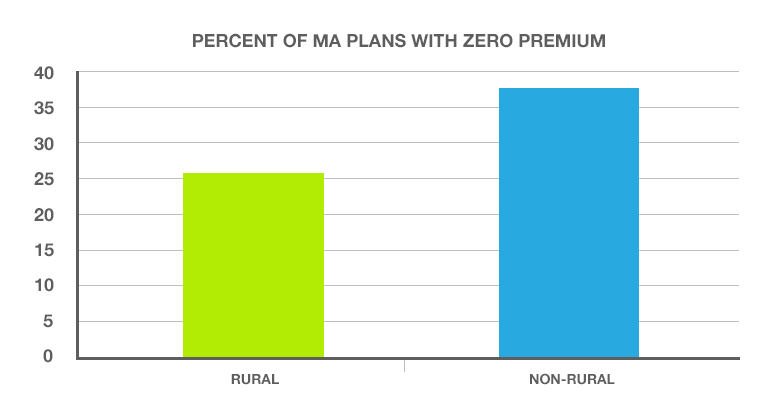 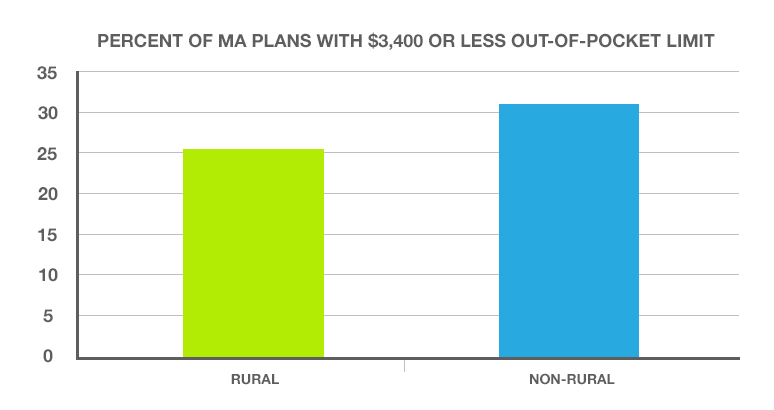 Number of plans available, premium level and maximum out-of-pocket limit are some of the critical financial attributes that go into a consumer’s choice of a Medicare Advantage plan. In each of these categories, rural residents are disadvantaged relative to the selection choices that are enjoyed by non-rural residents. However, the data indicate that within the lesser array of choices, zero premium and low out-of-pocket maximum plans can be found in rural areas.

Rural residents are not in the same market as their non-rural counterparts, so at the point of sale they are not aware of better options in other locations. Instead they will focus on whether the Medicare Advantage choices they have meet their needs better than traditional Medicare with a Supplement plan and Part D prescription drug plan. That is the real alternative they face, assuming they have a guaranteed issue window that makes a Medicare Supplement plan available.11 Medicare Advantage plans can remain competitive in rural markets based on this approach.

This study reviewed the financial aspects of Medicare Advantage plan selection. Other factors will play an important role in plan choice, especially whether an enrollee’s physicians are in a plan’s network, prescription drug coverage and the quality score the plan has earned from Medicare. Considering these elements along with the financial metrics consumers can make plan selections that meet their needs. Also, because rural Medicare Advantage plans have been subject to greater amounts of change than non-rural plans, rural residents should pay particular attention to reviewing available plans during the Annual Enrollment Period that ends on December 7.

Data for 2014 Medicare Advantage plan premiums, maximum out-of-pocket expenses and numbers available within each county was taken from the CMS 2014 landscape file.12 Data were organized by choices in each county in the United States. No adjustment was made for market share of each plan. Counties deemed rural were based on Rural Health Grants Eligibility Analyzer produced by the Health Resources and Services Administration of the US Department of HHS.13 Counties not designated as rural were designated as non-rural in this study.

Steve Zaleznick, Executive Director for Consumer Strategy and Development, and Robert Fahlman, Member of Board of Advisors at HealthPocket.com co-authored this survey analysis.

Correspondence regarding this study can be directed to Mr. Zaleznick at steven.zaleznick@healthpocket.com. Feedback and questions are welcome but, given the volume of email, personal responses may not be feasible.

1 See: /healthcare-research/infostat/zero-premium-medicare-advantage-plans-available-in-2014#.UoGJ-ZFqeRI and /healthcare-research/infostat/2014-medicare-advantage-spending-caps-help-enrollees-manage-risk/#.UoGKFpFqeRI.
2 See: /healthcare-research/infostat/2014-medicare-advantage-star-ratings-improve#.UoGKW5FqeRI.
3 The transition from PFFS is described in this article: http://www.public-health.uiowa.edu/rupri/publications/policypapers/NOV.MA%20Overview%20October%202011%20FINAL.pdf.
4 See: http://www.public-health.uiowa.edu/rupri/publications/policybriefs/2013/2012%20MA%20update.pdf.
5 See: http://healthaffairs.org/blog/2011/08/19/too-many-medicare-advantage-choices-can-decrease-enrollment/.
6 The enrollee is still responsible for the Part B premium.
7 See: http://kaiserfamilyfoundation.files.wordpress.com/2013/06/8448.pdf.
8 See report linked in footnote 9.
9 Guaranteed within six months of becoming eligible for Medicare. Other enrollment windows may be available, plus a policy may be offered to people passing a health screen.
10 http://www.cms.gov/Medicare/Prescription-Drug-Coverage/PrescriptionDrugCovGenIn/index.html?redirect=/PrescriptionDrugCovGenIn/.
11 http://datawarehouse.hrsa.gov/RuralAdvisor/ruralhealthadvisor.aspx.