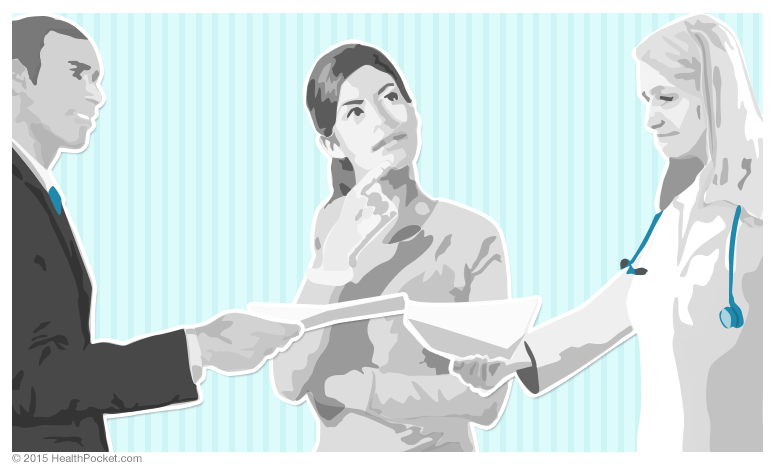 The fee-for-service model of healthcare reimbursement pays doctors, hospitals, and other healthcare providers for the number and type of services delivered to patients. The financial conflict of interest associated with this model has been credited as an important factor contributing to high American healthcare costs1 and, by extension, the health insurance premiums resulting from those costs.

“The moral hazard prevalent in all health insurance (from the effect of insurance on decisions to use medical care) is exacerbated by the fee-for-service method of payment that rewards doctors financially for doing more, whether or not the added work benefits the patient.”2

The removal of the fee-for-service model, and by implication its incentive for providers to deliver more care regardless of clinical benefits, has been cited as a tactic to reduce the cost of healthcare in America.3

Given the fee-for-service model’s potential to inflate healthcare utilization and attendant insurance costs, HealthPocket explored health plans where the healthcare providers were part of the same organization that provided the insurance coverage to patients. The integration of insurer and provider within these provider-owned health plans4 holds the promise to deliver more appropriate care to patients and lower insurance costs by eliminating unnecessary tests, surgeries, and other healthcare that inflate overall costs. These plans, while a minority in the market, are growing. Although provider-owned plans cover less than 10% of the entire privately insured market, their membership increased 4% between 2012 and 2013, a higher rate of growth than other plan types.5

In order to provide some quantification of health insurance premium savings through the elimination of the fee-for-service payment model, HealthPocket compared the lowest premiums for provider-owned plans in the Affordable Care Act (a.k.a. “Obamacare”) market to nonprovider-owned plans within twelve counties across the U.S that contained both types of plans.6 The counties analyzed were spread across the eastern, central, and western regions of the U.S. Premiums were based on a 40-year-old individual non-smoker applicant profile.

The following sections illustrate the cost differences observed by each of the four main categories of Obamacare health plans.

For silver plans, the most popular health plans in the 2015 Obamacare marketplace, the least expensive provider-owned plans were $27.33 per month more expensive on average than the least expensive plans not owned by providers. The premium difference was higher for gold plans ($39.88), but lower for bronze plans ($24.79).

The results of the provider-owned health plan premium investigation illustrate the sobering reality that the best intentions in reforming American healthcare do not necessarily produce the cost-savings imagined. Despite their theoretical promise of reducing expenses by eliminating the waste associated with the fee-for-service model, a cross-country analysis found that far from being the least expensive health plans, the provider-owned health plans without a fee-for-service model were, in fact, more expensive on average than their nonprovider-owned counterparts.

HealthPocket compared premiums for 40-year-old individual non-smokers purchasing provider-owned Obamacare plans versus Obamacare plans not owned by providers in twelve counties with both types of plans:

Premiums were compared for bronze, silver, gold, and platinum plans on the Obamacare marketplace at healthcare.gov, but not every county offered both provider-owned and non-provider-owned platinum plans. Catastrophic Obamacare plans were not included in the analysis, nor were Medicaid or Medicare plans. Premium subsidies were not included since they depend on the enrollee’s household income. Premiums for 2015 healthcare.gov plans are from the 2015 QHP Individual Market Medical Landscape files for the FFM states, Oregon, and New Mexico.

This analysis was written by Kev Coleman, Head of Research & Data at HealthPocket and Dr. Jesse Geneson, data scientist at HealthPocket, with data collection and analysis performed by Dr. Geneson. Correspondence regarding this study can be directed to Mr. Coleman at kevin.coleman@healthpocket.com.