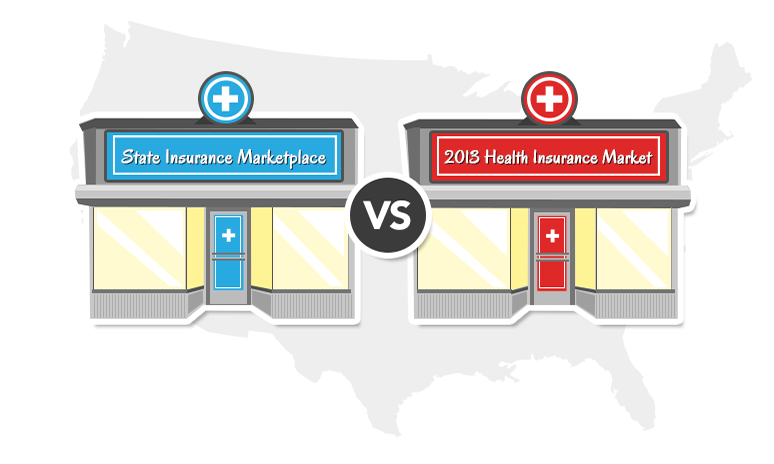 On September 25th, the Department of Health & Human Services released a report entitled "Health Insurance Marketplace Premiums for 2014" that provided some insights regarding the health insurance options to be offered within the new Affordable Care Act exchanges.1

One of the items discussed in the report was level of health insurance options available within the various state exchanges. This matter of "on-exchange" health plan inventory has a matter of considerable importance given that some well-known brands such as United Healthcare and Aetna have chosen not to participate in various exchanges.

The Health & Human Services Report indicated that for states using an exchange supported by the federal government, the average number of health plan options would be 53.2 Alabama averaged the fewest health plans (7) across the state and Arizona averaged the most cross the state (106).3 Depending on the area of the state, these numbers could be lower or higher.

HealthPocket investigated how these averages compared to the existing health insurance market for individuals and families. Using Health & Human Services data on existing health plans in the pre-reform market, HealthPocket was able to make the following comparisons to the coming 2014 marketplace.

There is a wide inventory difference between the exchange health insurance marketplaces and the current markets. The exchanges average one third the total number of plans found on the market today. In some states, the number of plans on exchange will exceed records for the state’s current offerings. In most states, however, there will be a more limited selection. Using state-specific data within HHS’ table data "Premiums and Qualified Health Plan Choices, 36 States (Weighted average across entire state)," we found states averaged 41 health plans per exchange. HHS, using all plans across the state,4 produced an average of 53 plans per state.5 The 2013 comparison data used the total number of unique health plans available within the two largest metropolitan regions within each state.

The plans offered on-exchange will be considerably different than what is offered on the market today. They will be categorized according to the percentage of covered medical costs paid by the insurer (see metal plans). As previous research from HealthPocket has demonstrated, the new Affordable Care Act plans will have considerably broader benefit coverage. Specifically, they all will have coverage for 10 Essential Health Benefits. Additionally, not all Affordable Care Act health plans will be available on exchanges. Some of the new health plans will only be offered off-exchange.

Ultimately, consumers will decide whether the health plan inventories on-exchange are sufficient for their needs. This decision will include not only the range of options available on the exchanges but their respective prices and networks of healthcare providers.

All analysis assumes the accuracy of the underlying government data. While every effort was made towards a comprehensive collection of plans, HealthPocket makes no representation that every plan within the individual insurance market was included in this study. Percentages are rounded according to standard industry practices.

This market analysis was completed by Kev Coleman, Head of Research & Data at HealthPocket.com. Correspondence regarding this study can be directed to Mr. Coleman at kevin.coleman@healthpocket.com.

1 "Health Insurance Marketplace Premiums for 2014" U.S. Department of Health & Human Services. September 2013. http://aspe.hhs.gov/health/reports/2013/MarketplacePremiums/ib_marketplace_premiums.cfm. Last accessed September 27, 2013.
2 Ibid.
3 Ibid. See "Table 1: Premiums and Qualified Health Plan Choices, 36 States (Weighted average across entire state)."
4 Health insurance plans are not necessarily available in every region within a state. This can be due to the location of in-network healthcare providers that accept a particular health plan.
5 "On average, individuals and families will have 53 qualified health plans to choose from in their rating area." HHS was also optimistic that additional health plans may be added to exchanges when everything is finalized for October 1st. "Health Insurance Marketplace Premiums for 2014."