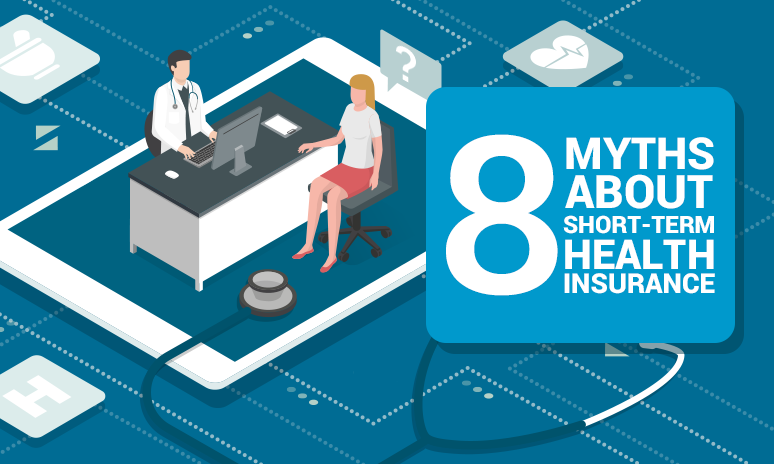 Short term health insurance has existed for over 3 decades, but the rules and regulations overlaying them have changed under the current law.

The fundamental mechanics of short term plans have remained the same, but unfortunately there’s been an abundance of misleading information about what the insurance covers and how it works.

With health insurance plans being redesigned under the Affordable Care Act, other forms of medical coverage including short term health insurance, are receiving renewed scrutiny by the press as well as consumers.

Historically, short term health insurance plans were popular with individuals who experience a gap in insurance coverage due to job loss, divorce, or other life events. However, the nature and limitations of short term health insurance are sometimes misunderstood1 by the public, partly due to the small market penetration of these plans and partly due to the lack of widely available statistics on these plans.

This right to deny coverage is in stark contrast to the Affordable Care Act health plans. Affordable Care Act plans are 'guaranteed issue' (i.e. they cannot base application acceptance on medical underwriting questions like those used for short term insurance).

The material below corrects eight common misunderstandings about the insurance and the medical coverage it provides.

Short term health insurance is significantly different than the kinds of health insurance offered on healthcare.gov and it has never been ACA compliant. As a result, short term plans are not required to include the 10 Essential Health Benefits as established by the Affordable Care Act.

Short term plans should not be thought of as a replacement for traditional health insurance even though they can last up to 12 months in most places. It’s not a good fit for people with pre-existing conditions, in poor health, or who will require more comprehensive health coverage. Also, medical services such as preventive care (e.g. routine physical exams), maternity care, and the treatment of mental illness or substance abuse may be excluded from coverage under short term plans.

Additionally, short term health plans typically limit the maximum amount the insurer will pay for your medical services in a year (e.g. $1,000,000).

In the past there has been limits on short term health plans where they could only last up to three months in most states. Due to an executive order, which took effect in October 2018, short term plans can last up to one year with the option to renew for up to three years in many states. However it is important to note that term limitations can vary depending on the state.

5. I can sign-up for an Affordable Care Act plan immediately after my short term health plan expires.

You can only sign up for an Affordable Care Act plan during certain times of the year. If your coverage ends after December 15th, you have to wait until the next Open Enrollment Period which begins November 1st of each year unless you qualify for a Special Enrollment Period.

6. You pay a tax penalty for having short term insurance.

Your current health condition determines how much a short term plan will cost. Applicants first go through an underwriting process, where they are asked questions about their health. Short term health insurance can deny coverage based on your medical history, pre-existing conditions, or health status - or charge an increased premium rate. Since short term health insurance is not regulated by the Affordable Care Act, enrollees are ineligible for premium subsidies regardless of their income level. However, the plans are typically less expensive because they are not required to provide the 10 essential health benefits, and rely on underwriting of customers. These are two of the most expensive provisions of ACA plans.

While they may not be a good fit for everyone, the last myth about short term insurance health plans being junk is demonstrably false, as they can be of great benefit to certain kinds of people, especially gig economy workers. Since you can only apply for an ACA plan during the Open Enrollment period, short term plans are a valuable alternative for people who missed the window to enroll. It can also help people who are experiencing a gap in coverage due to job loss, divorce, or are waiting for Medicare benefits to start.

While not all medical services are covered, short term insurance can help with medical expenses relating to illnesses, injuries, emergency room, doctor/specialists, lab testing and more depending on the parameters of your plan.