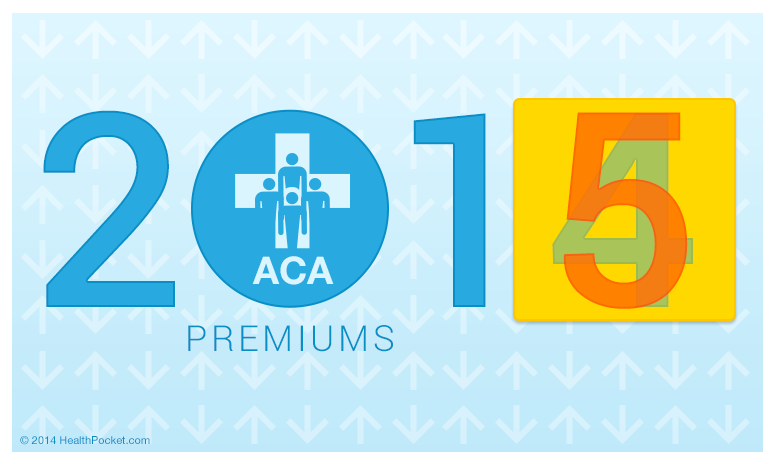 On Friday, November 14th 2014 the government released its ‘landscape’ data on 2015 Affordable Care Act health plans offered through 38 state exchanges. When premiums contained in the landscape data were averaged across metal tier for the available states and compared to landscape data provided by the government 2014 health plans, the average bronze premium decreased, the average platinum premium increased, and the average premiums for silver and gold plans remained the same.

The trend in average premiums portrayed in the landscape data is encouraging news for the government given that the first year of the Affordable Care Act brought dramatic increases in the average insurance premium nationwide.1 Subsequent analysis using data from all states as well as off-exchange plans will give a more accurate picture of how the average premiums in the 2015 Affordable Care Act market have changed from 2014.

One of the factors that may have positively influenced the average premiums in the 2015 market is increased competition. The government estimates that the number of exchange insurers is 25% higher in 2015 as compared to 2014.2 In the 44 states for which the government had data for this estimate, 77 new insurance issuers were documented for 2015.3

Another factor affecting the average premium estimates for 2015 is that government landscape data does not include premiums from every state. 12 states plus the District of Columbia are not included within the landscape data released by the government. The list of missing states is below and includes California which historically has been among the largest of state markets for individually purchased insurance.

The 2014 landscape files released by the government had even fewer states (34) than the 2015 edition of the data.4

A final consideration for observed changes in average premiums is that, when setting rates for 2014, insurers did not have experience with the type of enrollee pools that the Affordable Care Act would create. In most states, people with expensive medical conditions in the pre-reform market could be declined for individually purchased health insurance. With the implementation of the Affordable Care Act, medical underwriting could no longer be used to determine applicant approval or premium amount. Consequently, 2014 premiums involved a degree of hypothesis regarding who would enroll and how they would use healthcare while 2015 rates had a portion 2014 healthcare usage data to inform rate setting.

Below is the comparison of average premiums by metal tier for all plans included in the 2015 and 20145 Landscape files. Note that averages assume a nonsmoking individual insurance applicant and does not include any government subsidies that might be applied to the premium amount.

The 2015 landscape files from the government contain encouraging trends regarding the average premiums across all Affordable Care Act plans. HealthPocket will release in the coming weeks a more extensive analysis that compares 2015 premiums to 2014 using data from all states as well as off-exchange health plan data. Once this subsequent analysis is performed, HealthPocket will be able to see whether new insurers and other factors have been able to deliver the changes in average premiums portrayed in the landscape data.