Average Market Premiums Decrease in 2019 For the First Time

Average Market Premiums Decrease in 2019 For the First Time 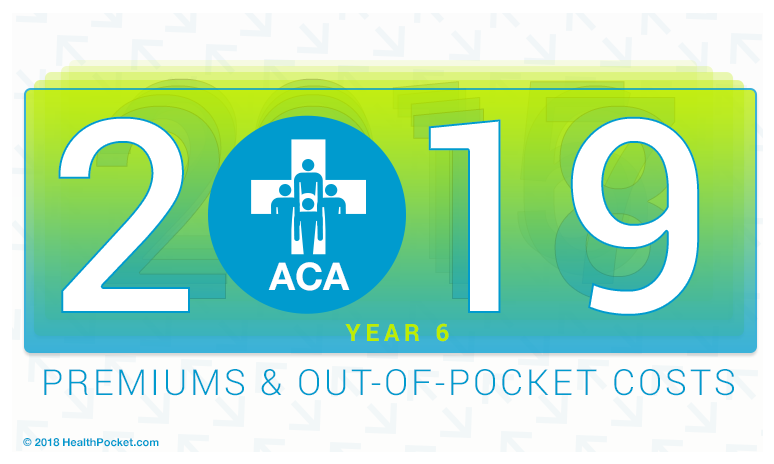 For the first time since the implementation of Obamacare, the average rate for ACA plan premiums has decreased slightly. This is welcome news to consumers who have, for the last several years, seen upwards of double digit increases in their health insurance premiums.

However, the net decrease should be taken with a grain of salt. Not every state using the federal marketplace saw a decrease. While some states saw significant decreases in overall premiums, several states saw another year of a rise in premiums, with some states still seeing double digit premium rate hikes. Also, between 2013 and 2017 the national average for health insurance premiums increased by over 105%.

The vast majority of the premium decreases come from Silver level health plans, with an average decrease in monthly premiums of 21.8%. Both of the higher metallic levels Gold and Platinum saw a double digit increase in the average monthly premium rate, which can be bad news with consumers with chronic illnesses who are more likely to purchase those plans.

Below is the comparison of 2019 average premiums across the United States. The averages are compiled according to the four standard metal tiers for Affordable Care Act (ACA) health plans. Note that the premium and cost-sharing averages assume a nonsmoking individual insurance applicant and does not include any government premium subsidies that might be applied. No weighting on the plans available on the market were performed to reflect which plans consumers would choose among the available options.

Comparative 2018 average premiums are based on the same type of government landscape data files that were used for the 2019 average premiums. Since the market conditions facing insurance buyers are evaluated in this study rather than behavior in response to those conditions, no weighting by enrollment was performed on the health plan data.

Individual and family averages are provided for deductibles as well as the annual limits on out-of-pocket costs for covered medical services delivered by in-network healthcare providers (labeled in the tables as "Maximum Annual Out-of-Pocket Costs"). For 2019 ACA plans, HHS announced that the maximum allowable cost-sharing (including out-of-pocket costs for deductibles, copayments, and coinsurance) is "$7,900 for self-only coverage and $15,800 for other than self-only coverage."3 "Other than self-only coverage" refers to insurance coverage of more than one person such as the coverage of a family.

The 2019 plan year shall include "expanded Bronze Plans" that are allowed by the government to have slightly lower coverage of medical expenses in the hopes of bringing lower premiums. The ACA originally set the actuarial value for Bronze Plans at 60 percent, meaning that for a standard population of enrollees Bronze plans were required to cover 60% of costs for covered medical expenses delivered from in-network healthcare providers. Normally, ACA plans have a de minimis variation of 2 percent, which for a Bronze Plan means that its actuarial value can be in the range of 58 percent to 62 percent and still be compliant. In 2019, the de minimis range for ACA plans has been expanded so that it can be up to four percent below the 60 percent actuarial value (the upper bound is still two percent).1 Below we have comparisons of the costs for the standard Bronze Plans to the expanded Bronze Plans. With respect to the expanded Bronze Plans, they represent approximately 25 percent of all Bronze Plan records within the government data.

Silver Plans have been the most popular of ACA health plans since their market availability in the 2014 plan year. Consumers shopping for these plans on-exchange face the steepest average price decrease in 2019. When reviewing all plans made public for 38 states, HealthPocket found that the average Silver Plan premium is t 21.2% less expensive in 2019 as compared in 2018

Gold Plans are especially important to consumers with high medical utilization since Gold Plans have lower out-of-pocket obligations than Bronze and Silver Plans and are more widely available than Platinum Plans.

The average market premiums for Gold Plans in 2019 will be 14.8% higher than observed in 2018, aking gold the only category that saw an overall price increase. In addition the average deductibles for 2019 plans will rise while the caps on annual out-of-pocket expenses more than doubles.

While Platinum Plans typically have the lowest out-of-pocket costs among the four standard types of ACA plans, they are not offered by every insurance company and represent a small portion of the exchange market. One of the reasons for their minor market presence may be insurer concerns that they would attract consumers who are less healthy and, as a consequence, use healthcare services more frequently.

The following table illustrates state-specific differences in average Bronze Plan premiums (standard without expanded Bronze Plans included) for an unsubsidized 40 year-old nonsmoker. Bronze plans are the entry-level ACA plan with the lowest average premium but highest average deductible and out-of-pocket costs. A 40 year-old was chosen since enrollment data for exchanges evidences a strong representation among people ages 35 and older.2

2019's upward premium pressures will have their greatest effect upon unsubsidized exchange insurance buyers, limiting the ACA's ability to improve their market share among that population as many will continue to be priced out of the market. With back-to-back years with double-digit price increases, we may see a contraction in the number of consumers who can afford ACA health insurance without government assistance. This may draw out more healthy consumers who can't afford insurance and have sufficiently good health to risk being uninsured.

Without a market penetration improvement, the ACA needs to focus on potential ways to reduce the cost of healthcare delivery to help exert downward pressure on premiums. While health and wellness efforts are another important measure, the time horizon to realize benefits from those programs can be a decade or more, which makes it harder to achieve short-term benefits or make short-term corrections.

1 Lindsey Murtaugh. "Market Stabilization Final Rule Overview." CMS.gov. (June 29, 2018). p.18. https://marketplace.cms.gov/technical-assistance-resources/market-stabilization-session.pdf. Last accessed October 27, 2018. The upper bound of the de minimis is increased to 5% for bronze plans that cover and pay for at least one major healthcare service prior to the deductible being satisfied or "meets the requirements to be a high deductible health plan."
2 2018 OEP State-Level Public Use File. Downloaded from The Centers for Medicare & Medicaid Services' 2018 Marketplace Open Enrollment Period Public Use Files. https://www.cms.gov/Research-Statistics-Data-and-Systems/Statistics-Trends-and-Reports/Marketplace-Products/Plan_Selection_ZIP.html. Last accessed October 17, 2018.