Among standard Affordable Care Act insurance, silver plans increased out-of-pocket obligations the most in 2017 with regard to high-cost specialty drugs 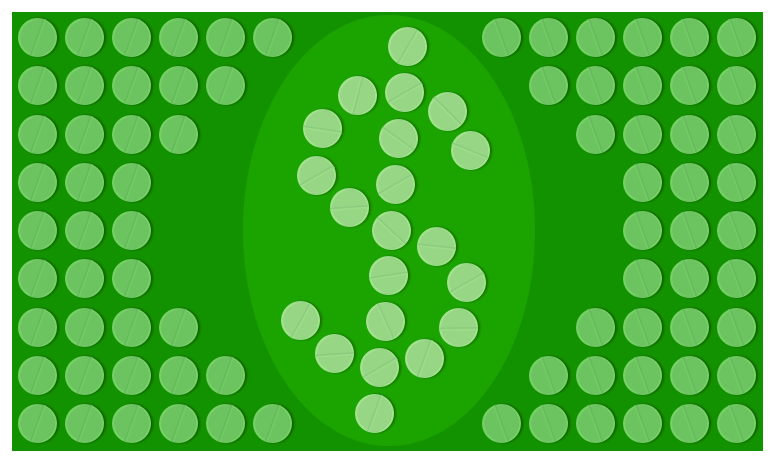 Recent political debate on continuing $7 billion in annual cost-sharing subsidies largely ignored other substantial issues regarding Affordable Care Act (ACA) out-of-pocket expenses. Aside from matters such as the deductibles faced by unsubsidized enrollees,1 there are also enduring concerns regarding out-of-pocket costs for prescription medications. Given these concerns, HealthPocket examined the current state of ACA drug out-of-pocket costs.

Prescription drug coverage is a standard benefit on all ACA health plans2 as compared to 82 percent of private individual & family health insurance plans in the pre-ACA market.3 Consumers too often assume drug coverage means that the health plan will pay for any medication that is prescribed. The reality is quite different. For a plan to help pay for a drug, the drug most first be included on the health plan’s formulary (a list of drugs covered by the plan). Drugs that are off-formulary are not only paid for completely out-of-pocket by the enrollee but those expenses do not count towards the annual cap on out-of-pocket spending. ACA plans are required to cover the same number of drugs in each drug class as are covered by the benchmark plan for the state in which the plan is sold. If the EHB benchmark plan does not have any drugs covered in a particular drug class, an ACA plan must cover at least one drug within that class.4 The formulary itself is developed by a pharmacy and therapeutics (P&T) committee that must document the rationale for its drug coverage decisions.5 Alongside the benchmark coverage requirements, states may also add additional requirements for prescription drug coverage.

Each covered drug on the formulary is assigned to a tier associated with out-of-pocket cost obligations for the health plan enrollees. A plan might have four or more tiers of cost-sharing for covered medications. The below example demonstrates a common tiering of drugs that would move from less expensive cost-sharing to more expensive cost-sharing.

The two main forms of drug cost-sharing are copayments and coinsurance (the third form, deductibles, are discussed in the next section). Copayments are a flat fee (e.g. $22) charged for drugs belonging to a given tier within a health plan’s formulary. Coinsurance, in contrast, is a form of drug cost-sharing where the insured pays a percentage of the total price of the medication. For example, if the full price of a particular medication within a health plan is $36 and insured enrollees are responsible for a 33 percent coinsurance fee on this medication then the enrollee would pay $12, which is 33 percent of $36.

* Only 4 percent of platinum health plans use coinsurance fees for a covered generic drug.

One of the salient features of ACA plans are high deductibles.6 A deductible is a set amount of money that a health plan enrollee must pay out-of-pocket for covered health care before the insurance company will begin to assist with healthcare costs. ACA plans have an exception to this rule for preventive services such as flu shots and blood pressure screenings.7 Some ACA plans offer a separate deductible threshold for prescription drugs covered by the health plan. While the table below demonstrates that these drug deductibles are uncommon, when they are available they represent a much lower financial requirement than the plan’s typical medical deductible.

While several categories for cost-sharing increased compared to last year’s averages, it is the rise in coinsurance fees for specialty drugs that is most concerning. For example, when comparing 2017 ACA plans to 2016 ACA plans, copayment amounts rose an average of 20 percent for generic drugs. However, given the low price of generic copayments, the 20 percent increase represents an increase of a few dollars at most. Specialty drugs, in contrast, are high cost medications whose most common form of cost-sharing are coinsurance charges where enrollees pay a percentage of the negotiated retail price of the medications. According to the Pew Charitable Trust, specialty drugs account for over one-in-three dollars spent by Americans on prescription medications. Using the top five most common specialty drugs for 2016,9 the below tables illustrate the financial consequences that 2017 changes in cost-sharing represent for consumers who are dependent on specialty drugs.

Compared to the coinsurance rate for 2016, average cost-sharing for specialty drugs on silver plans rose 16 percent in 2017. 2017 enrollees pay an average of 36 percent coinsurance on drugs within the specialty tier compared to 31 percent in 2016. This increase in monthly out-of-pocket costs for the top five specialty drugs ranged from $226.29 to $1,762.59. The average cap on yearly out-of-pocket costs on 2017 silver plans is $6,449 for an individual and $12,952 for families.

Specialty drugs continue to attract attention from health care analysts and politicians alike given their staggering costs to consumers and insurers. HealthPocket’s comparison of 2016 plans to 2017 plans found that, with a 16 percent rise in 2017, silver plans had the most significant cost-sharing increase on specialty drugs from the prior year. This 16 percent increase produces $226 to $1,763 more monthly out-of-pocket costs among the top five specialty drugs. The increased cost-sharing exacerbates cash flow burdens for enrollees taking specialty drugs until they reach the annual cap on out-of-pocket costs. However, these caps can be quite high. For enrollees within silver plans, the average cap on annual out-of-pocket costs is $6,449 in 2017 for an individual and $12,952 for families. For entry-level bronze plans, the annual caps are even higher: $6,904 for an individual in 2017 and $13,810 for families.

Platinum plans were a bright spot within the data, being the only standard ACA plan whose cost-sharing decreased in 2017 compared to the prior year. However, inasmuch as only 1 percent of marketplace consumers enrolled in platinum plans for 2017,11 platinum plans have minor significance to the market as a whole.

The unanswered question for ACA enrollees is whether 2018 will bring any improvements to ACA specialty drug cost-sharing.

All analysis assumes the accuracy of the underlying government data. While every effort was made towards a representative collection of plans, HealthPocket makes no representation that every plan within the individual insurance market or in an individual state was included in this study. Percentages are rounded according to standard industry practices. Market conditions across rating regions was used and no weighting of cost-sharing averages by health plan enrollment was performed.

Retail price estimates for specialty drugs were collected from GoodRx on August 29, 2017. When GoodRx did not provide an average, the retail prices listed on the first page of GoodRx price results were averaged.

This analysis was written by Kev Coleman, Head of Research & Data at HealthPocket with data collection performed by Michael Bass. Correspondence regarding this study can be directed to Mr. Coleman at kevin.coleman@healthpocket.com.