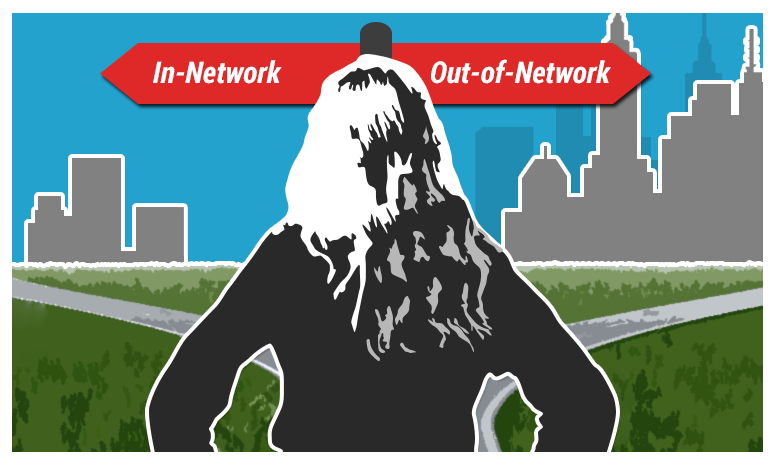 A 2015 study by Consumer Reports found 30% of consumers surveyed with private insurance received a ‘surprise’ medical bill in the past two years where the insurer paid less than had been anticipated.1 23% of the surprise medical bills involved billing from doctors not expected by the consumer2 and 14% involved out-of-network rates billed for doctors that were thought to be in-network.3 DeAnn Friedholm, speaking for the policy and advocacy arm of Consumer Reports, has lamented, “Even if you go to a hospital in your network, the unfortunate truth is that there is no guarantee that all your treatment — whether it’s the radiologist, anesthesiologist or lab work — will be treated as in-network, leaving patients owing thousands of dollars they never anticipated.”4

Among the concerns regarding out-of-network care is not only the lack of insurance coverage but the fact that out-of-network care does not benefit from the negotiated rates of in-network care, making the out-of-pocket costs for out-of-network care all the more expensive for consumers. A 2015 study by the AHIP Center for Policy and Research found that the average out-of-network charges for the majority of 97 medical procedures examined “were 300% or higher compared to the corresponding Medicare fees” for the same services.5

Percentage of Healthcare.gov Obamacare health plans that do not have out-of-network coverage:

The discussion of in-network coverage versus out-of-network coverage raises the question, “Why have doctor and hospital networks at all?” A healthcare provider network is a means of controlling an insurer’s medical costs as well as directing enrollees to healthcare providers who meet the insurer’s quality criteria. Health plans can direct their enrollees to specific doctors, hospitals, pharmacies, and labs with whom they contract in exchange for favorable reimbursement rates for medical services delivered by these healthcare providers. Out-of-network healthcare providers do not contract with the health plan and, consequently, the health plan does not receive preferred rates from them. As previously noted, a recent study found the average out-of-network charges for the majority of medical procedures examined were three times or more than the Medicare fees for the same services.6

Healthcare provider networks come in different forms. Two of the most common network types are HMOs and PPOs.

When standard out-of-network coverage is not offered by a health plan, there are often two categories of exceptions: medical emergencies and prior authorization.

With respect to prior authorization for out-of-network medical care, a healthcare provider would typically complete a formal request on behalf of a patient and submit it to the patient’s insurer. The insurer, however, is not obligated to approve the request and the insurer also has the general economic incentive to direct care towards its in-network healthcare providers where it has negotiated reimbursement rates.

Within the scope of the Affordable Care Act, there were the laudable goals of expanding standard medical benefits within the market for privately purchased health insurance while eliminating application rejections for people with expensive health issues. Among the unintended consequences arising from the implementation of these goals is a significant increase in insurance coverage expenses11 and an increase in the use of narrow networks by exchange plans as a method to control costs.12 These narrow networks of doctors and hospitals can increase a consumer’s risk that the best care for a serious medical condition will be found out-of-network. In instances where this risk is realized, a lack of out-of-network coverage can leave consumers with a choice among accepting the limitations of their healthcare provider network, hoping prior authorization requests will be approved, or paying for out-of-network care on their own, perhaps at exorbitant rates, and without the protection of a cap on annual out-of-pocket costs.13