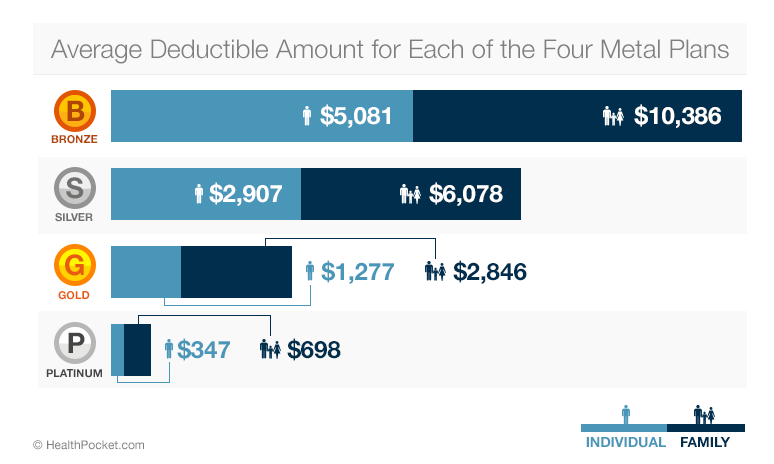 The American health insurance market is being transformed under the Affordable Care Act. With respect to individually purchased insurance in 2014, consumers will encounter health plans that are fundamentally differentiated by the percentage of medical costs they cover (i.e. their actuarial value). In the 2013 pre-reform market, the breadth of insurance benefits had been one of the main factors differentiating health plans.

Discussions of out-of-pocket costs for Affordable Care Act plans can be confusing for consumers and analysts alike because there are several dimensions to the topic of medical expense cost-sharing. First, the Essential Health Benefits requirement under the Affordable Care Act results in 2014 plans1 with wider insurance coverage than the pre-reform market being replaced. Less than 2% of pre-reform plans had as many insurance coverage categories as the Affordable Care Act Plans.2 Consequently, a consumer could pay a copayment or coinsurance fee in 2014 where he or she may have paid full price in 2013. However, the greatest benefit expansion for these 2014 health plans are in medical services that do not apply equally to the public (e.g. maternity care, mental health services, substance use disorder services).3

The four new Affordable Care Act metal plans are defined by the percentage of medical expenses they cover. Bronze plans cover 60% of covered medical expenses for a typical enrollee population, silver plans 70%, gold plans 80%, and platinum plans 90%. Below are the average out-of-pocket costs for medical services for each metal plan category. Averages4 are based on government data for qualified health plans sold on exchanges in 34 states. 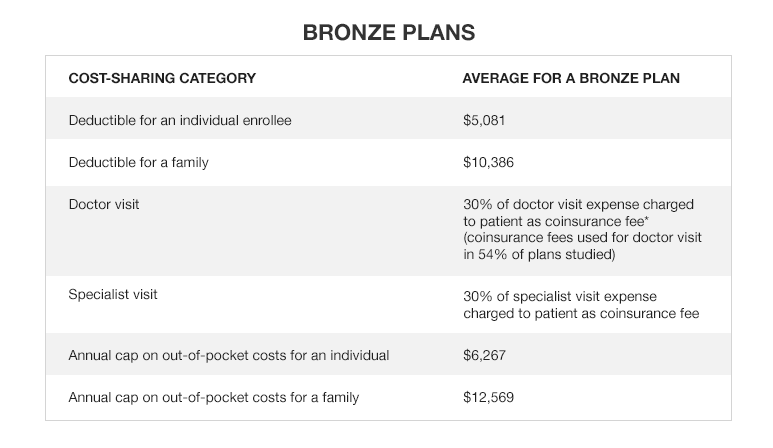 Cost-sharing for silver plans available to people making up to 250% of the Federal Poverty Level (FPL) was not included in the averages due to the special eligibility requirements for these plans.

When charting the average deductibles from metal tiers, the decrease in deductible amount did not follow the increase in covered medical expenses (as represented by the metal tier). The below chart illustrates the steep reduction in deductible that is in excess of the change in metal plan actuarial value. 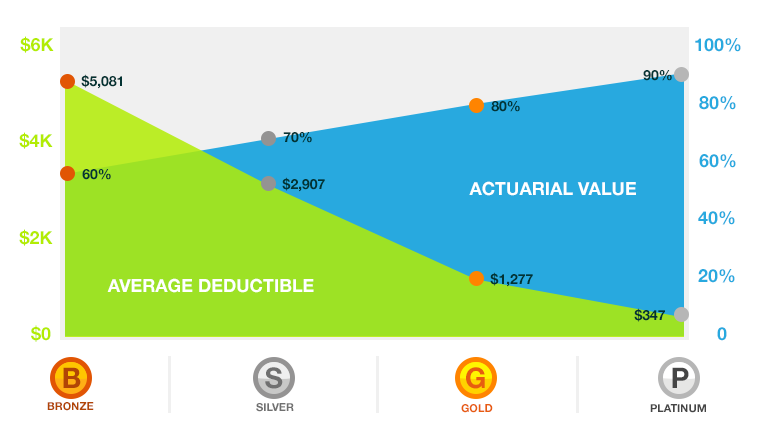 By law, all Affordable Care Act health plans must have caps on annual out-of-pocket costs. While this was also the case for the majority of pre-reform health plans, 4% of the pre-reform plans had no caps on out-of-pocket costs.6 The differences among the metal plan caps were less dramatic than was the case for deductibles but still did not have consistent progression from bronze to platinum plan that followed their respective actuarial values.

It is important to note that caps on out-of-pocket expenses apply to covered medical services from in-network healthcare providers. Receiving non-emergency care outside of a health plan’s network can result in higher out-of-pocket costs and no annual cap protection.

Consumers should consider out-of-pocket costs for their expected healthcare usage alongside premiums when comparing the new Affordable Care Act health plans. For those people who use medical services more frequently, the lowest premium plan may not result in the lowest expenditures for healthcare during a year. Those people who are healthy and rarely see a doctor, in contrast, can rely more on premium comparisons among the entry-level bronze plan assuming they are satisfied with these plans’ healthcare provider networks.

For people who have need of a specific doctor or hospital, it is important to note that the annual out-of-pocket expense protections only apply to covered medical services delivered by in-network healthcare providers. Accordingly, these consumers should confirm their doctor or hospital network participation prior to enrolling in a new health plan. Given the increased use of “narrow networks” that include fewer healthcare providers, these consumers should be careful not to assume that all healthcare providers in their area are accepted by the health plans available in that region.

Out-of-pocket costs for 2014 Affordable Care Act health plans was based on the Qualified Health Plan (QHP) Landscape files for 34 federally-facilitated marketplaces, state-partnership marketplaces, and state-based marketplaces using the federal application system. Bronze, silver, gold, and platinum health plan data was used, covering multiple rating regions within the 34 states covered by the landscape file. Plans that lacked cost-sharing data were not included within the study. Catastrophic plans, dental plans, and small business plans were not included within the scope of this study. The Qualified Health Plan (QHP) Landscape files were downloaded by HealthPocket from the Centers for Medicare & Medicaid Services on December 1, 2013.

This analysis was written by Kev Coleman, Head of Research & Data at HealthPocket, with data analysis performed by Jesse Geneson, data researcher at HealthPocket. Correspondence regarding this study can be directed to Mr. Coleman at kevin.coleman@healthpocket.com.