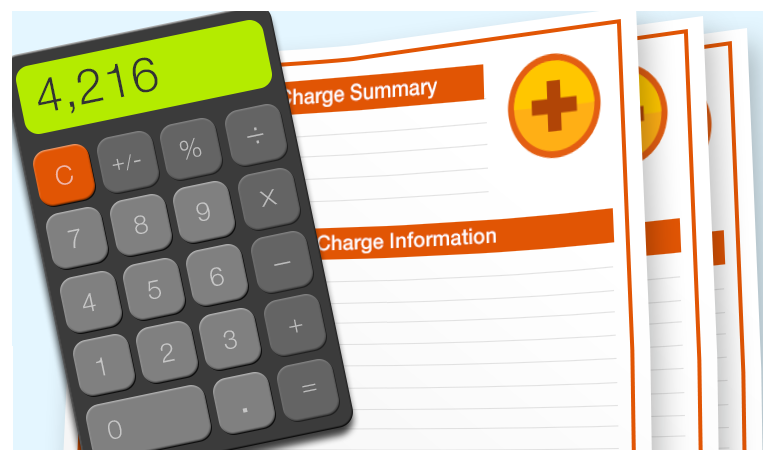 The Affordable Care Act contains a stipulation that caps the deductibles on small group health plans. For individual enrollees, the maximum deductible was limited to $2,000 while for families the maximum deductible was limited to $4,000. However, in February 2013 the Department of Health and Human Services indicated that these deductible limits must be "applied so as to not affect the actuarial value of any health plan.”1 In order to maintain the appropriate percentage of out-of-pocket costs for enrollees, small group health insurance plans used by businesses and other organizations were permitted to exceed the deductible caps but only under the condition of necessity.

Using government data on the 2014 small business health plans, HealthPocket analyzed the average out-of-pocket costs for each metal tier and then determined what percentage of plans, if any, exceeded the original deductible limit for the small group market. Currently, small group health plans may be purchased through independent state exchanges or brokers and insurance companies but not the federal exchange due to technical issues.2

The average out-of-pocket costs below for the different metal plans were based on government data for 2014 Small Business Health Options (SHOP) marketplace containing qualified health plans sold on exchanges in 32 states.4 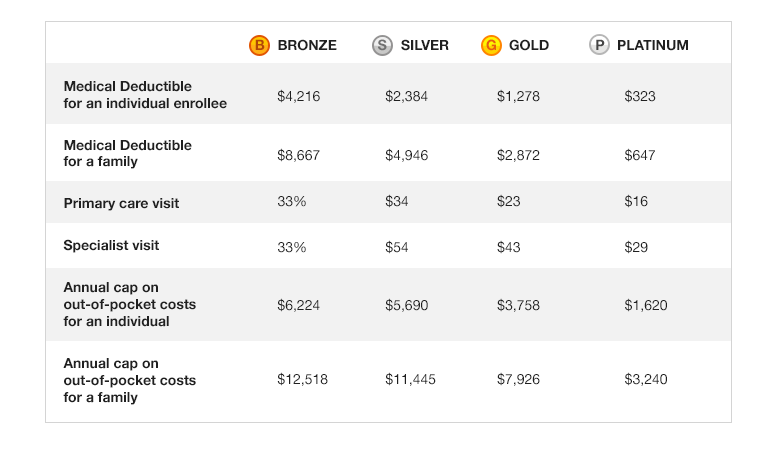 For both individual and family enrollees in the SHOP marketplace, HealthPocket found:

Strictly enforcing the deductible caps for small group health plans could have substantially narrowed the inventory of health plans in the Small Business Health Options marketplace. For the Bronze tier in particular, fewer than 4% of 2014 plans would have satisfied the Affordable Care Act deductible caps for individual as well as family enrollees.

If the HHS disallows the deductible cap waivers in future regulations, then almost all qualified Bronze plans would have to decrease their deductibles to satisfy the limits. Decreased deductibles could, in turn, require increases in other categories of enrollee cost-sharing such as copayments in order for the plans to maintain their actuarial values.

Several legislators in the House of Representatives have already started action to remove the deductible caps for employer-sponsored health plans. In August Representative Tom Reed [R-NY-23] introduced H.R. 2995, the Unnecessary Cap Act of 2013, which would eliminate the deductible caps for plans in the SHOP marketplace.7 The bill is currently referred for discussion to the House Committee on Energy and Commerce and has five House cosponsors.

All plans investigated in this study belong to the SHOP insurance market. Medicare, Medicaid, and short-term health insurance plans were not analyzed as part of this study. Industry standard rounding methods were utilized. No weighting by health plan enrollment was performed.

This analysis was written by Jesse Geneson, data researcher at HealthPocket, and Kev Coleman, Head of Research & Data at HealthPocket. Correspondence regarding this study can be directed to Mr. Coleman at kevin.coleman@healthpocket.com.

1 The deductible cap waiver condition appeared under Section 156.130 of the HHS regulations from February 25, 2013. http://www.gpo.gov/fdsys/pkg/FR-2013-02-25/pdf/2013-04084.pdf. Actuarial value, in this context, refers to the percentage of healthcare costs paid by the plan versus the enrollees. Bronze plans pay 60% of healthcare costs for covered services, silver plans 70%, gold plans 80%, and platinum plans pay 90%.
2 Timothy Jost. “Implementing Health Reform: The Delay Of SHOP Exchange Online Enrollment” Health Affairs (November 28, 2013).
3 The data on group plan enrollment by actuarial values appeared in the following study: J. R. Gabel, R. Lore, R. D. McDevitt et al., “More Than Half of Individual Health Plans Offer Coverage That Falls Short of What Can Be Sold Through Exchanges as of 2014,” Health Affairs Web First, May 23, 2012.
4 When a cost-sharing category (e.g. specialist visit) had plans with a copayment or a coinsurance fee, the most prevalent cost-sharing form was used for the average.
5 Percentages of Bronze, Silver, Gold, and Platinum plans with $0 deductibles for enrollees in the individual and family marketplace were calculated in the following study: Kev Coleman & Jesse Geneson. “Deductibles, Out-Of-Pocket Costs, and the Affordable Care Act.” HealthPocket.com (December 12, 2013). /healthcare-research/infostat/2014-obamacare-deductible-out-of-pocket-costs
6 Ibid.
7 Current information on H.R. 2995 may be found at http://www.govtrack.us/congress/bills/113/hr2995