The state of medical debt in the United States

The state of medical debt in the United States 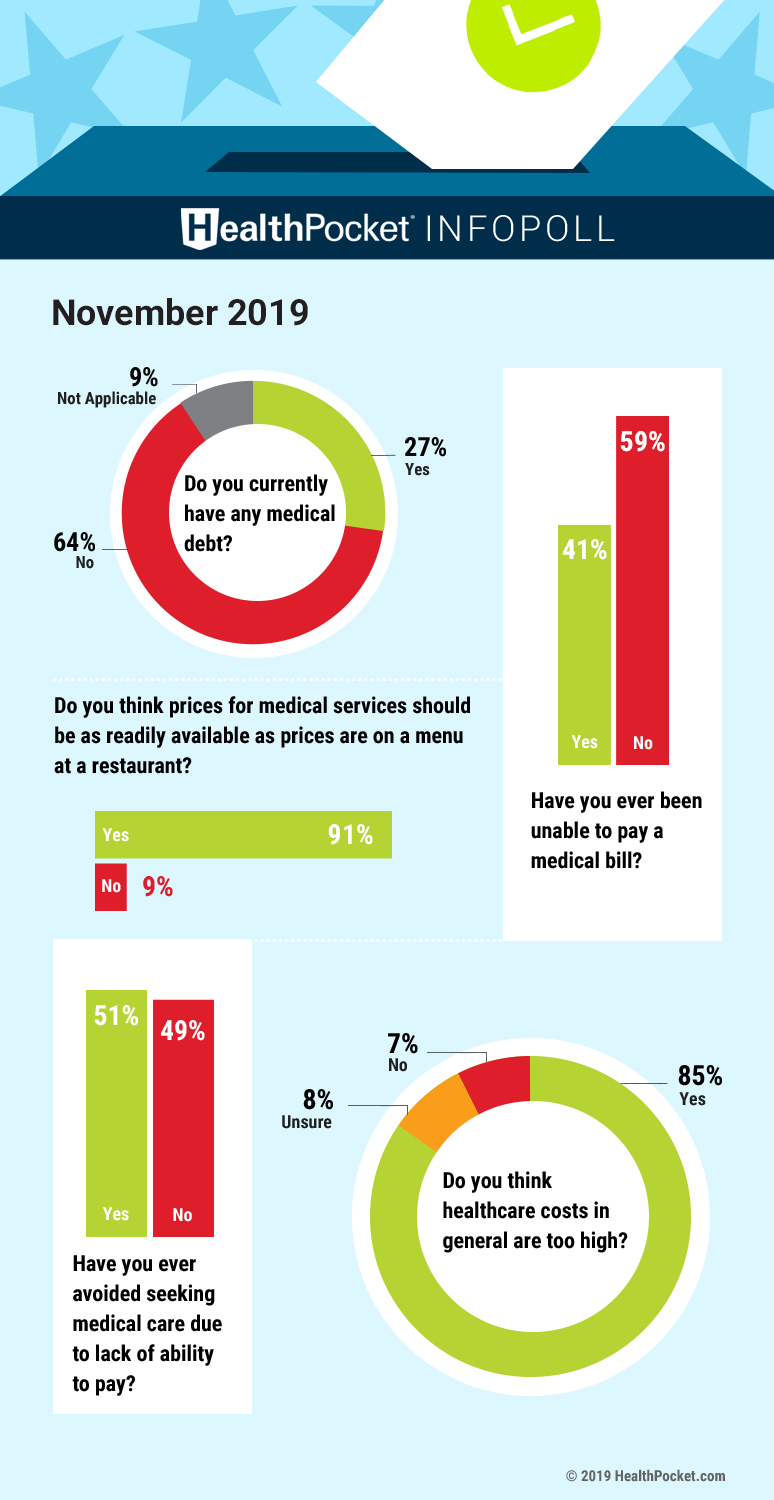 Medical debt in the United States

Now more than ever, medical innovations have increase the likelihood that people can live through severe medical events. However, in the United States we have an unsustainable problem growing. The cost of medical care has skyrocketed, and those growing costs are causing significant strain on consumers pocketbooks.

At HealthPocket, we wanted to get a better understanding of to what degree medical debt was affecting the opinions, and more importantly the pocketbooks of the average American. In November 2019, we surveyed 1,100 Americans between the ages of 18-64. The poll was weighted to get representative samples from each state based on population.

How pervasive is medical debt?

In the first portion of our survey, we wanted to see how pervasive medical debt was in the U.S. Of our respondents, a remarkable 41% reported that they had at one point not been able to afford a medical bill. 30% currently had a medical bill they could not pay. 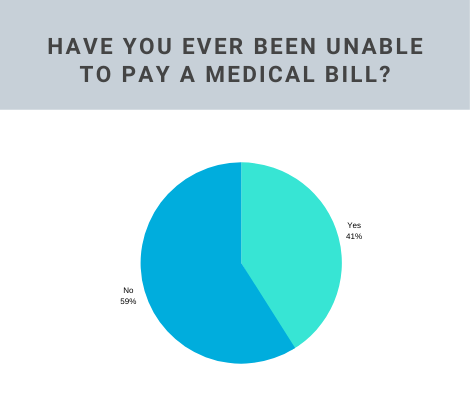 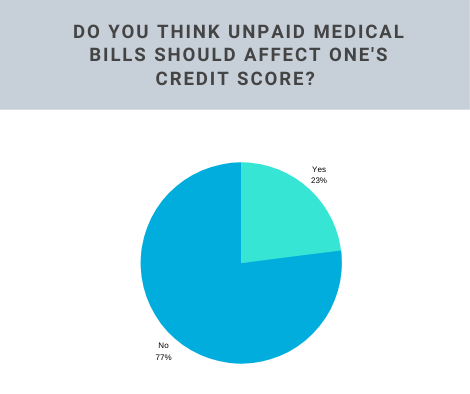 On top of that, 11% had either filed or considered filing for bankruptcy to get out from under their medical debt. As healthcare is the most cited reason for bankruptcy in the United States, this could be expected, but with 1 out of every 10 saying that they have at least considered it is shocking. 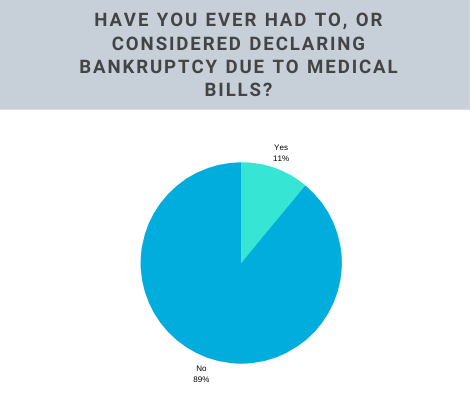 Uncertainty about the ability to pay medical bills was not only affecting people after they received care, its also a point people take into consideration before they ever get care. 51% of those surveyed said that at some point in their life, they had avoided seeking medical care due to their lack of ability to pay. 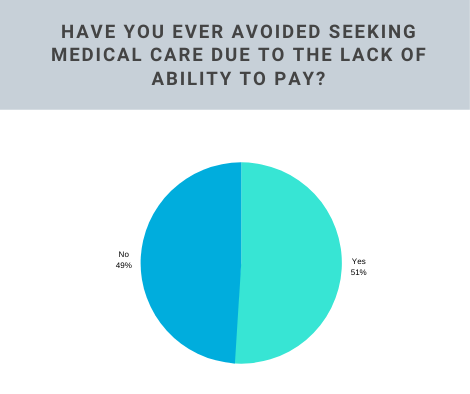 While annual wellness visits are often covered at 100% and are not subject to the deductible, over 71% of those surveyed reported needing to receive additional care above a wellness visit with 49% needing to use their health insurance two or more times in a year. These visits can be costly as the average deductible for a family in the United States is $3900.

The fact that medical debt is so pervasive in the U.S. has many believing that the debt shouldn't have an effect on other aspects of a families finances. 73% of those surveyed believed that someone should not have to declare bankruptcy over unpaid medical debt, and 77% believed that it should not hurt someones credit score. 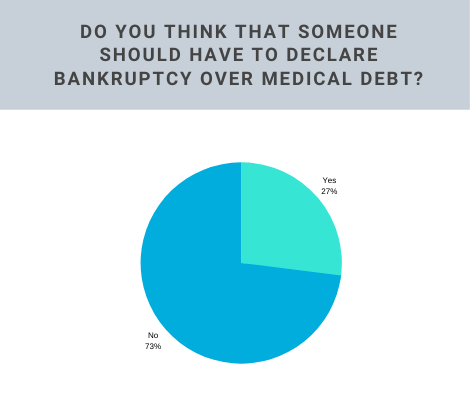 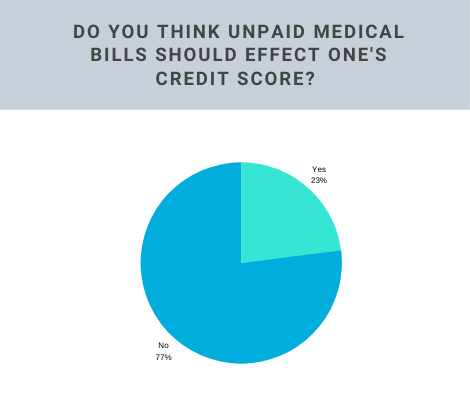 25% even thought that the government should pay the debt if someone had a medical bill they couldn't pay for. 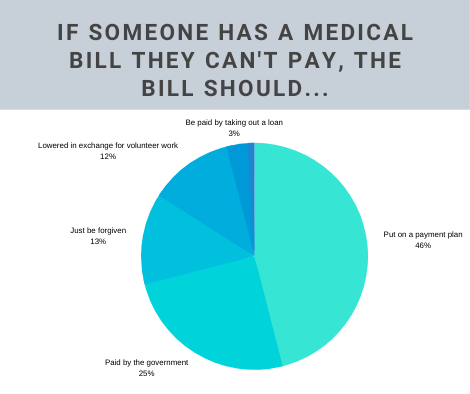 When it came to the overall cost of healthcare in the United States, there was a unifying general theme. The costs are too high. 85% of those surveyed thought that healthcare costs were simply too high. 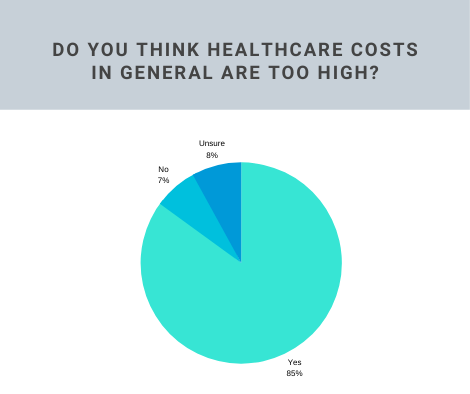 It wasn't just the high costs that people didn't like, they also did not like the uncertainty that comes with the fact that it was difficult to understand how much their care would actually cost. 96% said that hospitals and other providers should make the price of care readily available to consumers. 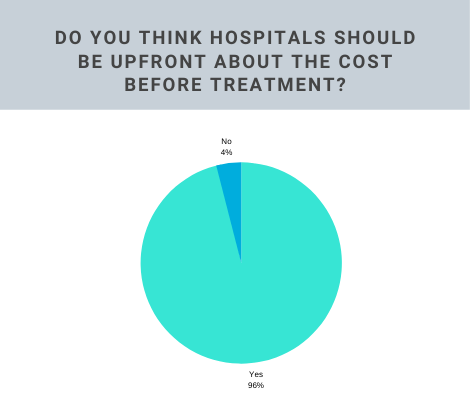 Recently, there has been a push from both sides of the aisle to address this. President Trump signed an executive order that set forth an objective of making healthcare costs more transparent. Democrats in the House of Representatives and the Senate have layed out their own plans. Both of these plans would have hospitals lay out their procedures like a menu, something that was seen as favorable by those surveyed. 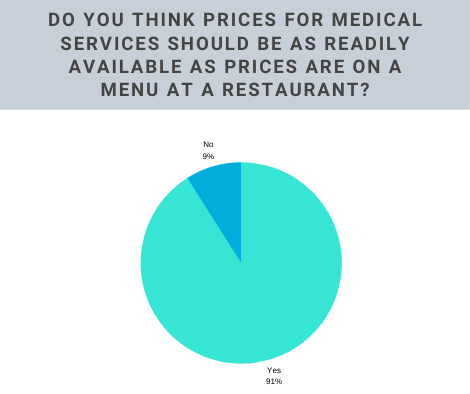 If prices were readily available, 86% of respondents said they would compare pricing before deciding where to receive care. 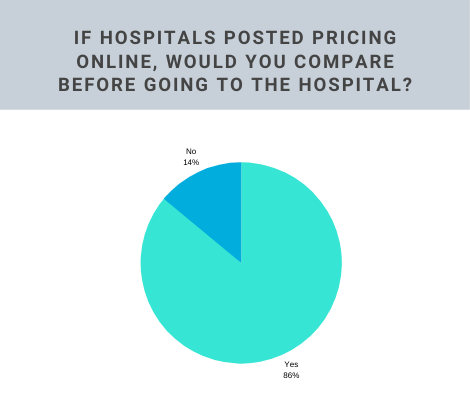 If there are to be any changes to the healthcare system to address the medical debt crisis, the government will need to make some significant changes. A statement that all but 3% of those surveyed agreed with. 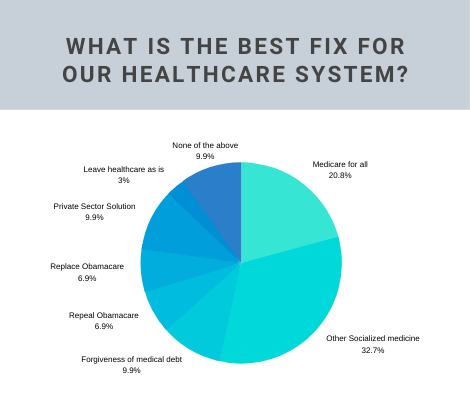 With opinions on how to fix healthcares problem with debt are widely varied, 51% of respondents agreed that everyone should have the same access to healthcare, even if they did not pay the same amount to get it. 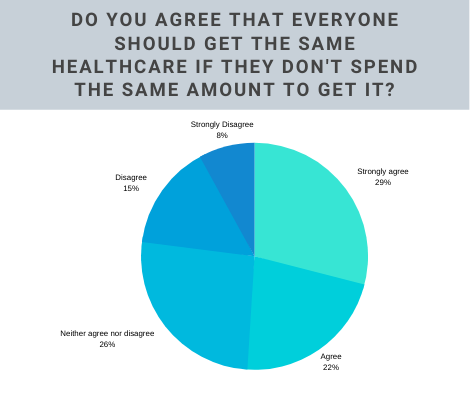 Even if a healthcare reform bill does help to limit the debt people may see to get healthcare, there is a lot of outstanding debt sitting out there. In fact, there is over $81 billion dollars in past due medical bills that needs to be addressed. 47% said that they believe the government should forgive that debt. 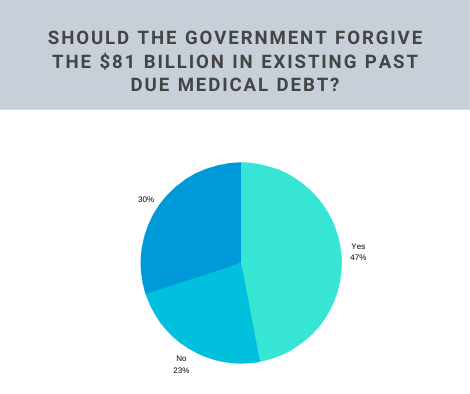 METHODOLOGY: The results above were gathered through an online poll of 1,100 Americans between the ages of 18-64. The poll was conducted in November 2019 and was weighted to get representative samples from each state based on population.