Should you take that rental scooter?

Should you take that rental scooter? 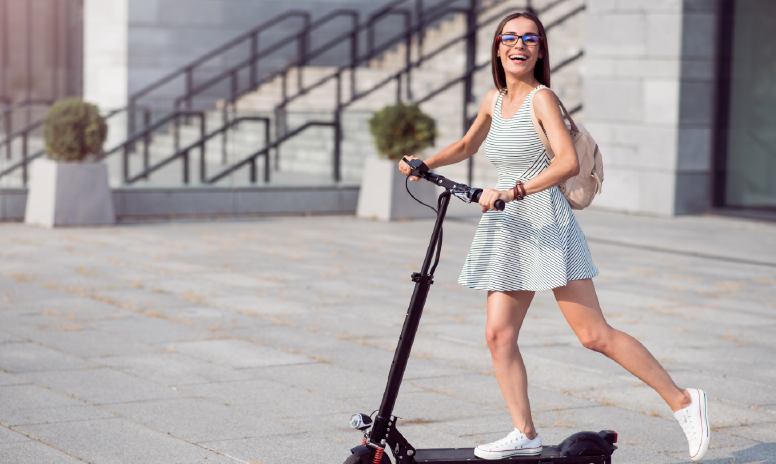 If you have been anywhere near a relatively large city in the last few years, you have probably seen a new phenomenon taking hold. On every corner, you can now find several electric scooters ready for you to rent. These scooters from companies such as Bird and Lime now make up a big part of the “last mile” public transit in the areas they can be found. It’s rather amazing how fast these companies popped up and expanded throughout the country.

While many have found these to be a great addition to the transit options available to their respective cities, there has certainly been growing pains. The scooters are available to anyone without any training as to proper usage or etiquette leading to an uptick in pedestrian involved incidents. Local governments have been left scrambling to figure out how to best handle the scooters and whether or not to ban them entirely.

According to the U.S. Census Bureau the percentage of Americans living in urban areas jumped from 70% in 2000 to over 80% in 2010 and the number is expected to rise over the next several decades. As populations within urban areas grows, city planners have been struggling to figure out how to accommodate the rise in traffic brought on by this population growth. It may be hard to believe, but the issue is worse within the city centers of urban areas. For example, Salt Lake City, Utah grows to four times its full time population every day as commuters converge on the city center from the suburbs to work. What Salt Lake City is experiencing is not at all uncommon. With all these people coming to a relatively small area, there is a need to make sure that these people can be accomodated.

Light rail and bus networks have been expanded, but these options are not always convenient, leading commuters to choose to drive instead. This leads to expanded congestion and more emissions in the air. In that sense, the on demand scooters have been a major success. Commuters can now reach the area to which they are going much quicker without having to rely on a car. As more commuters rely on non-gasoline powered transport, this will lead to cleaner air which can be a huge health win in metropolitan areas.

Let’s not forget the real reason most people choose to use the scooters…They are fun. These little contraptions let you release your inner child for just a few minutes as you speed to and from work. But, it’s not all fun and games.

With the rapid descent on city centers the scooters have had in the last two years, there has been a lot of issues that you may not think of when you first see the scooters.

It’s safe to say that they are pretty dangerous. When the electric scooters were introduced in Salt Lake City, in August of 2018, the University of Utah hospital reported a huge uptick in the number of injuries related to pedestrian travel (walking, bikes, and scooters). There was a 162% increase of those incidents over the same time period in the previous year. Troy Madsen, a doctor at the University of Utah Hospital said, “It’s worth noting that these were only emergency department visits. Patients with more minor injuries may have gone to an urgent care, and the patients we saw were probably those with more significant injuries who required a higher level of care in an emergency department.”

The jump may be unbelievable until you actually sat and watched the scooters in action. As they had appeared overnight and took the cities collective imagination by storm. All you needed to begin riding was a credit card and the company's app downloaded on your phone. Users travelled indiscriminately on sidewalks and streets, zipping between walkers and cars. Creating animus among the various groups. On instagram, profiles popped up created by scooter haters showing the destruction of scooters all over the world.

In Salt Lake City, this animosity lead city leaders to ban the scooters within a month until proper rules could be agreed upon. Ultimately, the city and the scooter companies agreed to a few rules and the scooters can now be found on every corner again. Users are now required to travel only on the streets, and avoid the sidewalks all together. When parked, the scooters are required to be placed in a way that does not impede pedestrians. These kind of issues with local governments are not limited to Utah, it seems everywhere that the scooters appeared, local governments took near immediate action.

Even with new regulations, the scooters are no safer for those riding them. While both Bird and Lime recommend that everyone wear a helmet, almost no one does. If they did, the CDC says almost half of those emergency room visits could be prevented if the users were using helmets.

Regardless of whether you are for or against the new rental scooter world we live in, one thing is clear. They aren’t going anywhere any time soon. So if you choose to ride a scooter as we do, make sure you follow the local regulations and the safety recommendations and enjoy. Whatever you do, please wear a helmet!